When it comes to high school pictures the most dreaded and embarrassing ones usually appear on the school ID card. Taking your picture for your school ID is not something that most teenagers look forward to. That is unless you are studying in a certain high school in Michigan. This school allows its seniors to wear anything (and I mean anything) for their school ID pictures. And the students have not disappointed with their choices. 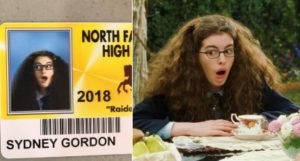 The North Farmington High School in Farmington Hills, Michigan has been going viral lately because of the school ID pictures of their senior students. It has been a tradition with the school, and each year the senior students look forward to the day that they have their picture taken for their ID. In fact, most of them have been planning their costumes since their junior year. The tradition has become an online sensation and the ID pictures of some of the students have gone viral on social media. It also helps that their senior class ID picture has its own hashtag. 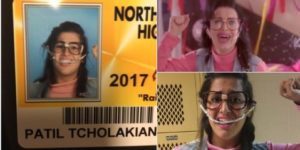 “Seniors, remember to tag your ID pictures with #NFID19 tomorrow!” said the school on social media. There has been a lot of variety to the costumes and portraits. As expected, most of the students have dressed up as their favorite actors and characters from TV(Friends, the Office, Family Matters) Â and movies (Wayne’s World, Princess Diaries, Coming to America, Spiderman, Harry Potter).