Pets are very much a part of the family unit. So when one passes away, it would be appropriate to hold a funeral for the beloved dog or cat. But in Japan, they seem to be taking things a little bit too extreme when they hold funerals for a robotic dog. The Kofukuji temple in Tokyo held a Buddhist funeral for the recently passed Aibo dogs. 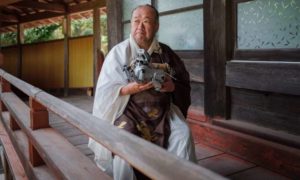 It seems that in Japan, the “death” of robotic Aibo dogs is marked in the same way that most dogs, and even most humans, are treated. The dogs are considered to be dead when they can no longer be repaired. A temple in Tokyo held a memorial for the 114 deceased dogs of Sony’s old Aibo dog generation. Incense was lit and priests made traditional chants and prayed for the souls of these departed pets. Each of the dogs wore a tag that showed where they came from and the names of their grieving owners. 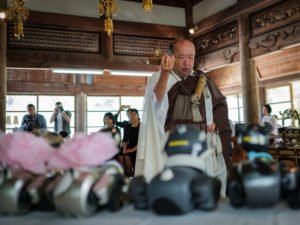 The Aibo dog first went on sale in 1999 and they were known as the world’s first entertainment robot dog. The first sale sold out 3,000 units in less than 20 minutes. The dogs were sold for more than $2,000 for each unit. Sony sold more than 150,000 units since, but decided to end production in 2006. They officially stopped repairing Aibo robot dogs in 2014.

Earlier this year, Sony then started to release an upgraded version of the Aibo do that uses AI and internet to interact with its owners, but they still discontinued offering repairs for older models. Pet owners still had an option to send their pets to A Fun, a company that repairs vintage toys. But when the cost is too high or if the unit cannot be repaired, the dogs are sent to Kofukuji for their final rites.