The Royal wedding between Prince Harry and actress Meghan Markle has been one of the most anticipated social events in recent history. But not everyone is as excited to hear about this event. And you would be surprised how many of these people are actually British. The pub at the Alexandra Hotel in Derby is a “Royal Wedding Free Zone” and it actually fines customers for talking about it. 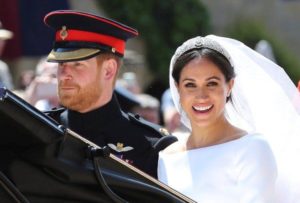 The Derby pub placed posters that have advised its customers that it has banned all mention of the royal wedding during the weekend. If anyone is caught talking about the event, they will be asked to pay a fine. The pub even has a “swear box” for those people that do not abide by the rules. The landlady of the pub, Anna Dyson-Edge, has nothing against this particular wedding. She also fined people for talking about the wedding of Prince William and Kate Middleton in 2011. She was able to raise £400 for charity that year, and she decided to bring it back for this Royal wedding. 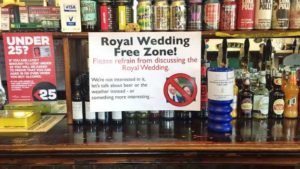 The posters read: “Royal Wedding Free Zone! Please refrain from discussing the Royal Wedding. We’re not interested in it, let’s talk about beer or the weather instead – or something more interesting…” Anyone who mentions Prince Harry, Markle, or the wedding has to place money in the box. All proceeds will be going to the Nightingale Cancer Unit at the Royal Derby Hospital.

“(The idea) came from the regulars for William and Kate’s wedding and this one is the same – the regulars came in and said they are sick of hearing about it. So we have banned it and it’s a good way of raising money for charity.” said Dyson-Edge.