Although there’s yet to be news of a Simpsons episode featuring newlyweds Nick Jonas and Priyanka Chopra, fans are going crazy for these Simpsons-inspired stills Chopra shared on Instagram. 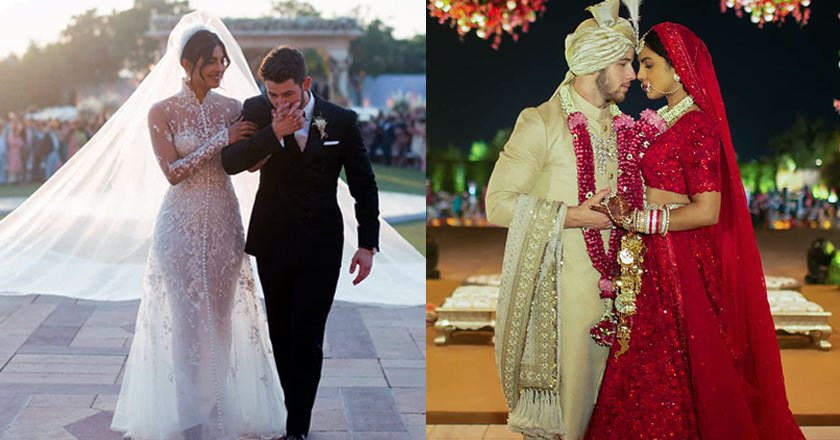 The first image features the pair with their wedding bands while the ceremony is officiated by none other than Homer himself. Chopra is wearing the white gown she donned for the Christian part of their ceremony.

In the second image, Jonas and Chopra are dressed like they were for theÂ desi portion of their wedding.

Chopra is wearing her red Ralph Lauren lehenga, while Nick is clad in a sherwani. While no news of a wedding episode has been officially documented or released, fans are speculating that perhaps something interesting might be in the works.