Possible Tomb of Santa Claus Discovered in Church in Turkey

The St. Nicholas Church in Antalya, Turkey is believed to be where Saint Nicholas himself may have been born. Recently, archaeologists may have also found that the same church could very well be where he was buried as well. Aside from dashing the hopes of a million children by claiming that Santa Clause has a final resting place, the discovery could be very important for the local team and the historical site. 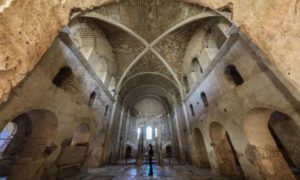 Archaeological surveys have uncovered a temple that had burial grounds below it. The burial grounds and the temple are also both located below the St. Nicholas Church in Antalya. Â In recent years, the church in the Demre district of Antalya has been restoring the church to draw more visitors. The church is located on the ruins of Myra, where many denominations in Christianity is said to have lived. A fresco of Saint Nicholas is also found in the church. 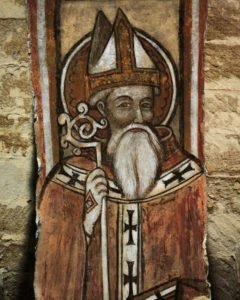 “We have obtained very good results but the real work starts now,” said Cemil Karabayram, the director of surveying monuments in Antalya. “We will reach the ground and maybe we will find the untouched body of Saint Nicholas.” So far the team has uncovered a tomb of a local priest but they are still optimistic that they will find more as they excavate more of the burial grounds. Â The body of the popular saint could still be within the temple complex. Saint Nicholas was known for his generosity and selflessness, and he also started the tradition of secret git-giving, making him the basis of the Christmas spirit, Santa Claus.