The moment was captured on social media and has since been viewed millions of times. When the dog sees her through the window, she starts pawing at the door and wagging its tail.

Not sure who was more excited. Glad she remembers me after a year! pic.twitter.com/sScVXHMHJn

Koch named her "LBD" for "Little Black Dog." Koch told the Associated Press that LBD is a rescue animal.

"I'm not sure who was more excited to see the other," Koch said. "It's just a symbol of coming back to the people and places that you love, to see your favorite animal."

The 30-second clip has been a source of genuine happiness for many strangers on the Internet. "That is pure joy," one woman commented.

"Yes, I'm crying," said someone else. 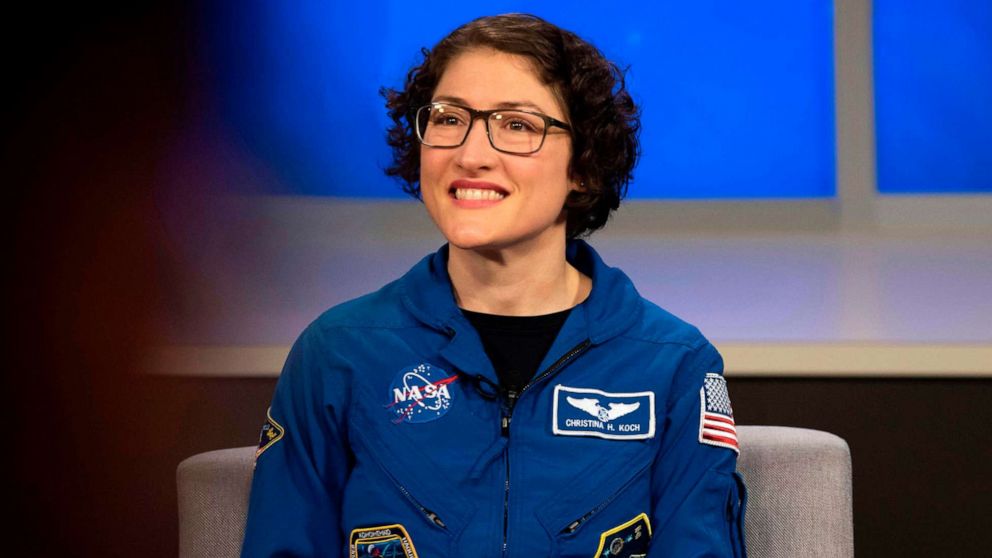 Koch returned to Earth on February 6 after spending 11 months in space. Koch's husband Bob and LBD celebrated her return with a "kitchen full of chips and salsa, something she'd craved in orbit," said the Associated Press.

Hopefully, Koch is enjoying her time with family—both human and non-human.