People Are Interpreting Peloton Bike Ad as a Cry for Help

America may feel especially divided in the current climate, but thankfully, we've all banded together to express our universal hatred for one particular thing: this advertisement for a Peloton exercise bike.

Look I don’t want to be “The Peloton Ad Guy” anymore but the newest commercial about the vlogging 116 lb woman’s YEARLONG fitness journey to becoming a 112 lb woman who says “I didn’t realize how much this would change me” is just ri-god-damn-diculous. Come on.

The ad was released by the company on November 21, 2019, via the video-sharing platform YouTube, and has since aired on television. In the video, a woman is depicted using the exercise bike for one year to better her own life... but that's not exactly accurate.

The ad opens with the woman being gifted a Peloton bike by her partner, over which she appears ecstatic. Over the next 30 seconds, viewers watch the woman, who is already quite slim and glamorous, embark on a wellness journey through a series of selfie diaries. Over the course of the year, she regularly wakes up at 6 a.m. and works out five days a week.

At the end of the advertisement, the woman and her partner watch the selfie diary together on the TV. The advertisement is set to the upbeat 1999 tune "She's So High" by Tal Bachman. "A year ago, I didn't realize how much this would change me," the woman says on her vlog. "Thank you."

In a shocking turn of events, the advertisement did not resonate with viewers, who perceived the woman's video diary as more a cry for help than anything else. It was also compared to a dystopian film, the Bad Place from The Good Place, and Black Mirror.

when my husband gets me a Peleton for Christmas ........ pic.twitter.com/Z2d3ewMhPu

Other people thought the husband seemed a tad too controlling...

Nothing says “maybe you should lose a few pounds” like gifting your already rail thin life partner a Peloton pic.twitter.com/E2M9gFdD5A

The Peloton bike will set you back around $2,245, but the company itself lost over $1.5 billion dollars after receiving tremendous backlash against the commercial. 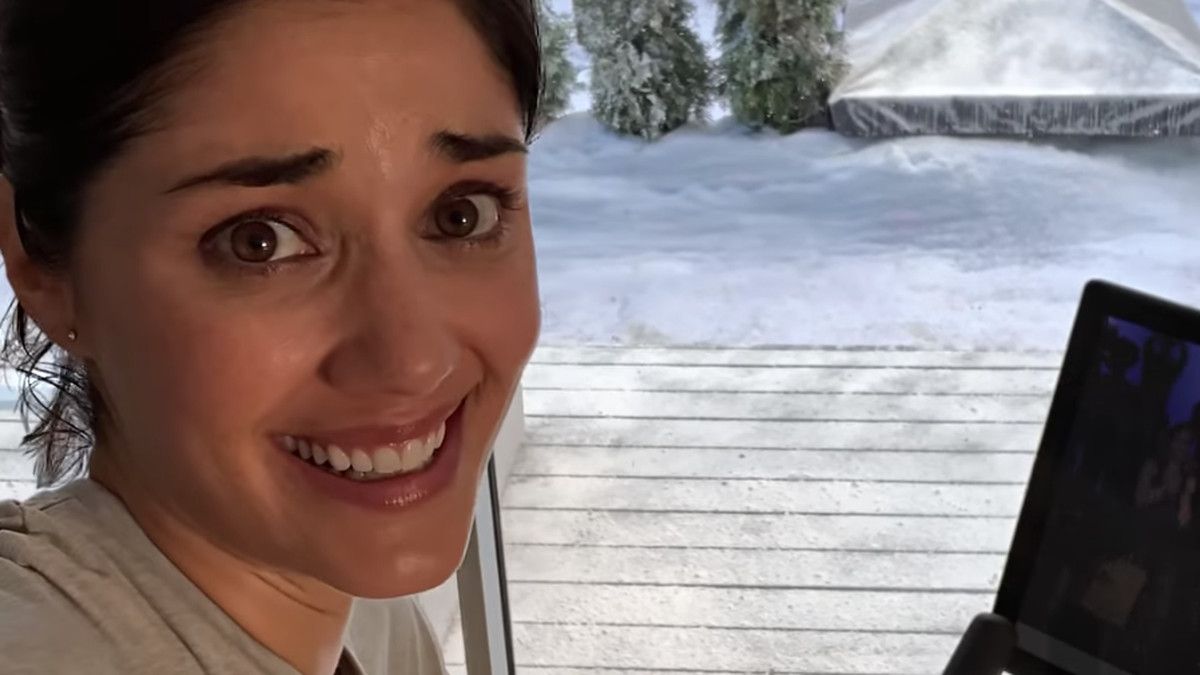