Recently professor Robert E. Kelly’s live BBC interview went viral when it was interrupted by his little kids walking into the room and his wife literally storming in, rushing in and escorting the kids out of the room, many posters on the social media thought she was not the mother but the nanny. That was cleared by Robert Kelly in another BBC video that showed his wife and kids again, this time in a sorted and calm manner.

The couple suggested that they were not bothered by the comments and everything in the viral video should be taken in a good humor. 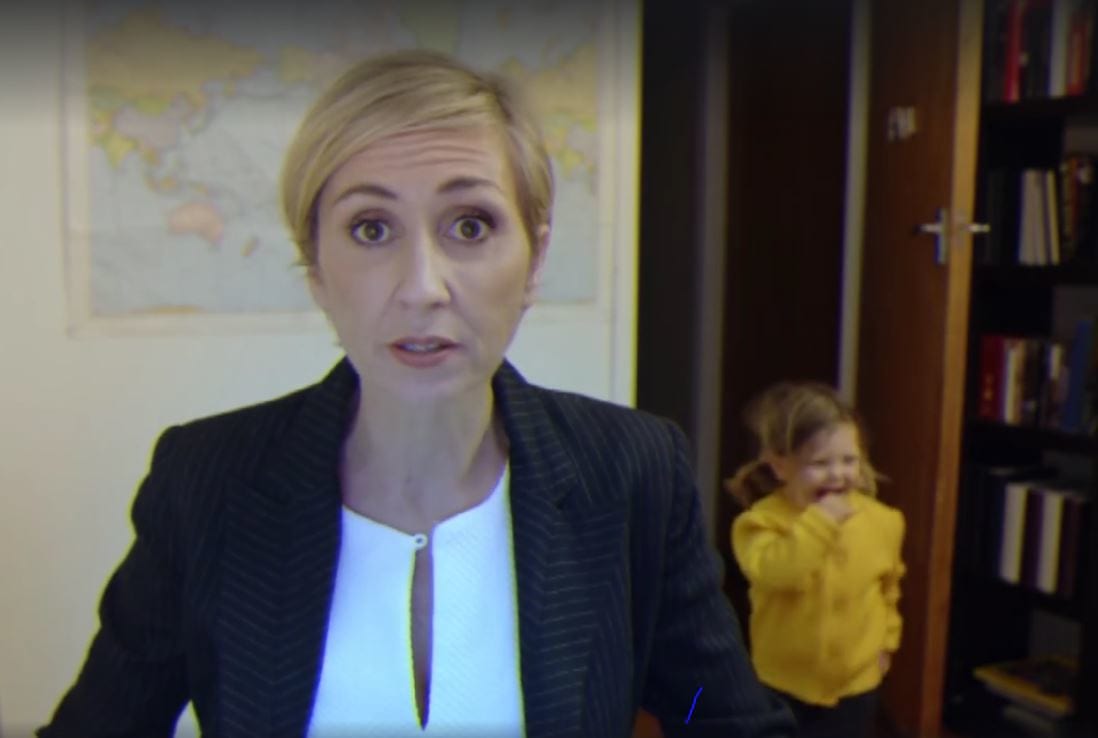 Now obviously, the viral video generated many memes and parody videos across the social media, the Australian comedy duo Jono and Ben having joined the bandwagon recently uploaded a parody video that showed that a woman would have handled the situation of kids storming into the work room unexpectedly like a pro.

The video is quite satirical and clearly shows that women are better at multitasking and would have acted rather calmly with kids around her during the live interview. See the video and don’t get judgemental as it was just made to have a good laugh.

Shout out to all the working women out there defusing bombs on a regular basis!