Earlier this week, the festivities for the 184th Oktoberfest opened in Munich. There was added security but that didn’t stop tourists from all over the world to flock to the German city to experience the biggest beer festivals in the world. According to initial reports, more than six million people from all over the world were expected to visit Munich. The festivities will run until the third of October. 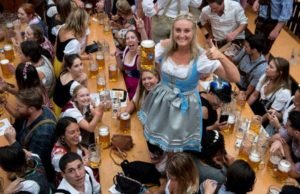 Aside from the added security, there are some differences in this year’s festival, including an app that allows patrons to see the events that are occurring in the area and the available space. The app will also help tourists from getting lost and separated from their group. This is very important as most of the events expect to host tens of thousands of people. There is also optimism for attendance this year, after attendance dipped in last year’s annual beer fest.

The security at the event is due to terror attacks that occurred recently in the area. But added security was placed in the city as well as in the surrounding areas. There will more monitoring of people with 650 security guards and CCTV coverage. Security measures have also been implemented. One security measure has been banning backpacks and large bags to be carried around in public. 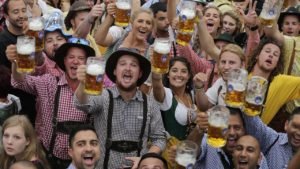 Beer drinkers from all over the world flock to Germany to sample among the best brews in the world. Because of the demand, the prices for the beer at the festival will be substantially higher. For a liter of beer, drinkers are expected to pay around 11 Euros or the equivalent of $13. Last year, 6.6 million liters of beer were consumed in the festival in just over two weeks time.