Even though Nick Kroll thinks he doesn’t need any advice from Queer Eye‘s resident fashion guru Tan France, he agreed to be on the Netflix web series Dressing Funny in an effort to clothe his best friend and Big Mouth co-creator Andrew Goldberg.

The three of them went on a spree at L.A.’s Fred Segal where Tan challenged Goldberg to traverse outside of his usual fashion box. 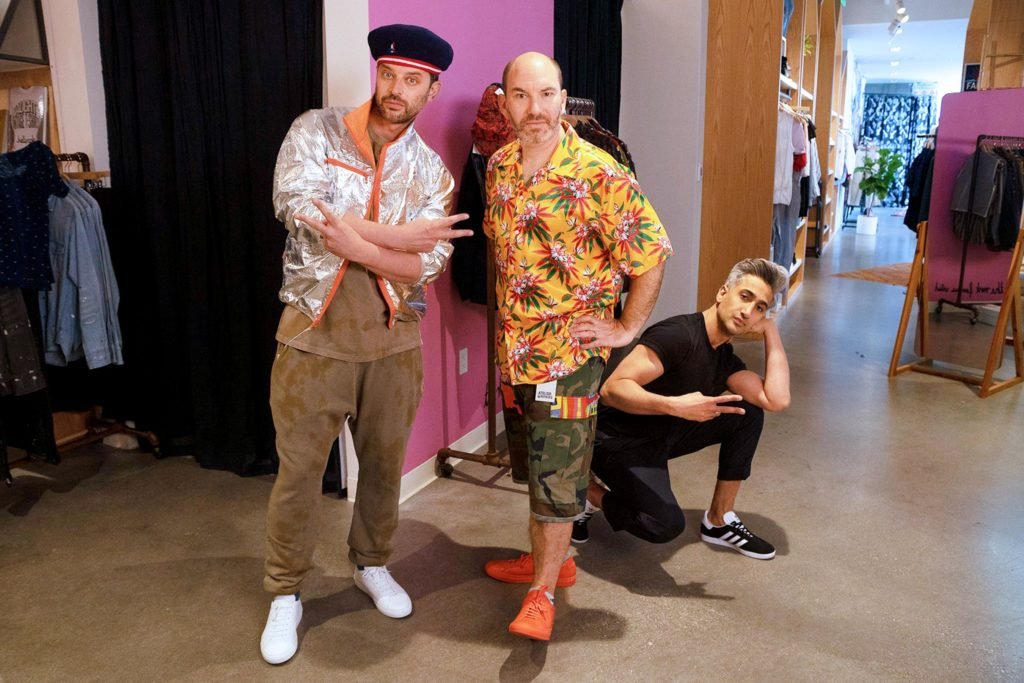 “You look like a sexy schoolboy,” Kroll said to Goldberg after trying on the outfits the comedy duo chose for one another.

“There’s a world where Andrew becomes a terrible DJ,” he said, picking up a hideous zip-up sweater. “I’m attracted to the idea of a residency in Vegas vibe.” 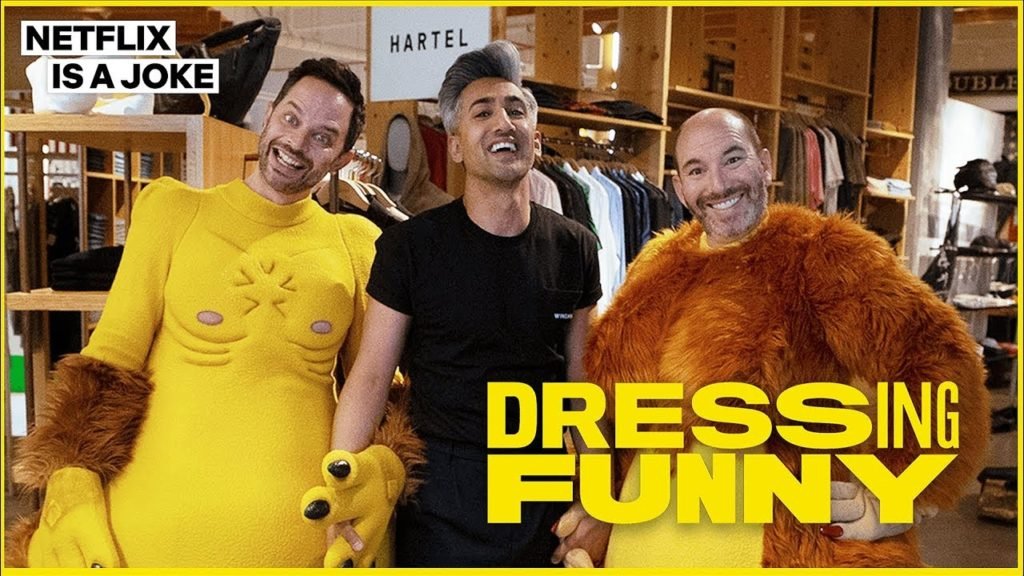 The two had some hilarious back-and-forth throughout the episode, although Kroll and France were the real stars of the show, battling it out over the meaning of a popped collar.