When Brazilian news journalist Artur Lira was filming a news segment outside the police station, he suddenly noticed a much cuter news story unfolding right before his eyes. 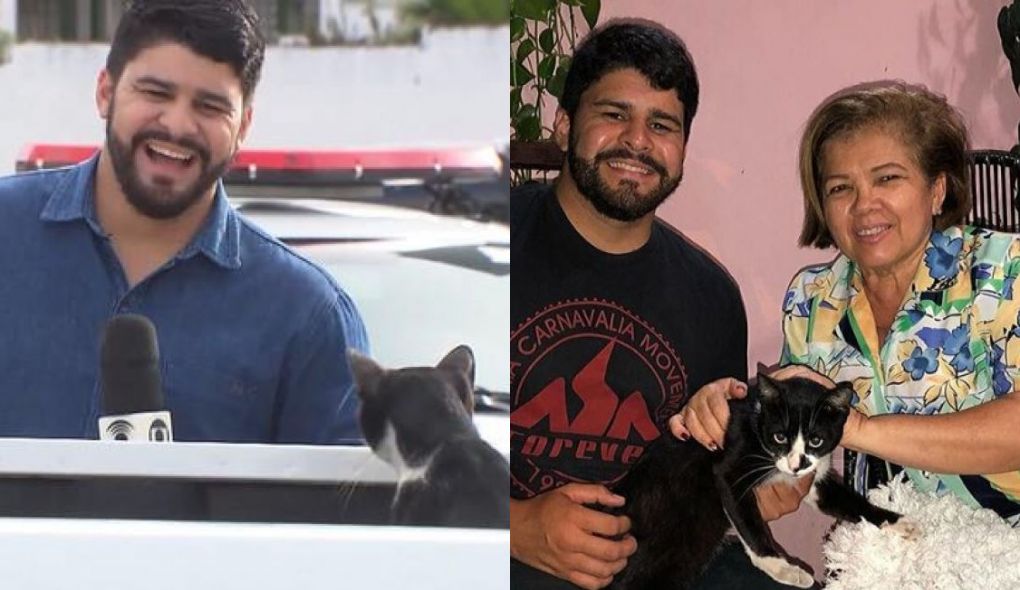 Right in the middle of Lira's report, a gray cat appeared in the frame—and it absolutely needed pats right now. Lira couldn't help but burst into laughter at the adorable kitty's unplanned cameo. "He was so cute, you can't feel angry," he wrote. "I think this cat wanted to be famous."

Apparently, the cat is a stray who's being fed and looked after by police at the station, but this story has an even happier ending than anyone could have imagined: if all goes according to plan, Lira will be adopting the cat himself. After all, it seems like the kitty chose him as its resident human.