New Internet Optical Illusion of a Crow or a Cat

There have been several optical illusions that have gone viral in the past, but perhaps the most common have been pets that look entirely like something else. That trend has continued with the latest optical illusion of this black cat that eerily looks like a crow. At first glance, you really think that the animal you are looking at is a crow, but when you look at the image closely, you realize that it is indeed a black feline. 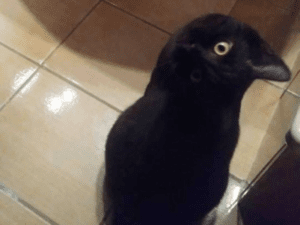 The optical illusion image has been posted on social media, where it has been shared and viewed several times. The post of the cat/crow quickly went viral. The post uploaded to Twitter and shows a black animal on a tiled floor. People on social media are split on what the animal is, whether it is a black crow or a black cat. 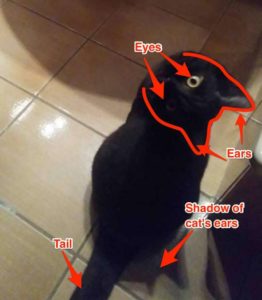 It takes a few seconds, or even a few minutes to realize that the animal is a cat with a weird angle on its head. The black fur also looks like feathers, which adds to the confusion. The sharp shape of the cat’s ear closely resembles the beat of the crow, which is why there is so much confusion. But if you adjust your eyes or your perspective, you can see the cat clearly. Some people have even gone through the trouble of creating an illustration of where the parts of the cat are on the picture to prove their point.

But if you do fail to see the cat in the picture, you aren’t the only one. In fact, the photo of the animal even confused Google image finder.