In Ohio, a mom was given her very own parade by her friends and neighbors to acknowledge her bravery in battling cancer and to encourage her to keep fighting. The 45-year old Amy Kleiner has a 13-year old daughter. She was diagnosed with breast cancer last year and had to undergo a mastectomy. But even after the operation, she had to go through chemotherapy and radiation treatment to treat the growing cancer. But she did not complain for a single moment and faced each treatment head on. And so on the last chemo session, she arrived home to a parade in her honor. 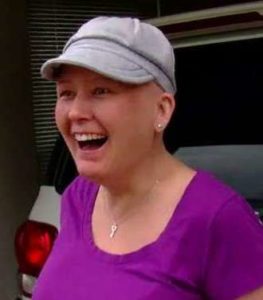 Kleiner’s best friend Tera Kiser says that Kleiner endured every debilitating step with her head held high. She says that she was very brave and everyone should have a friend like Amy. According to her, Amy is very selfless and easy to love. Kiser said that she had a vision of all of Amy’s friends jumping up and down and celebrating on the day of her last treatment. That’s when she got the idea to plan Amy’s parade. Kiser invited over 50 people to march to Amy’s home in the day of the last treatment. 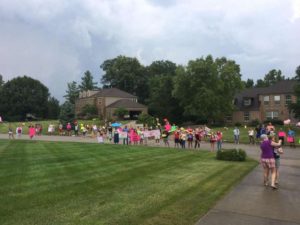 Amy thought that Tera would be bringing her to the final appointment, but when she stepped out of her house, she was greeted with cheers, applause, and balloons. The invitations to Amy’s parade were sent on social media, and people took it to heart. Some people even brought their entire family to pay tribute to Amy. According to Kiser, Amy’s prognosis is good, but just to be safe, she will undergo more radiation treatments later this month.