In Central Berlin, locals have been sending in reports of large red crabs, lobsters, and even giant scorpions strolling through the city’s central park. But the critters that they have been seeing are actually mudbugs, a rare crustacean that resembles a lobster, but without its large claws. These mudbugs, or red swamp crayfish, are native to the southern United States and northern Mexico. 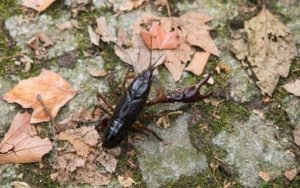 There is no real proof on how these critters got to the Central Berlin, but one theory is that an aquarium owner could have dumped them into the waters of the park. And while seeing these creatures out and about is usually rare, because they prefer to stay in underwater holes, they could be becoming visible because of the recent rains which could have flooded their caves. Another theory is that these crustaceans have spread throughout the park and are now migrating across land for more spacious living areas. 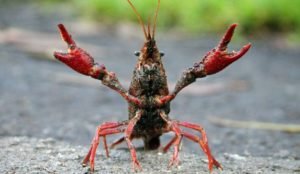 “After a while in a fish tank, they eat all the plants — and the aquarium quickly looks absolutely devastated.” said Oliver Coleman, a crustaceans expert from Berlin’s Natural History Museum. Mudbugs are considered a pest when found in an unnatural habitat. They are also considered a delicacy in the southern United States. But according to local environmentalists, it is prohibited to catch these critters and cook them for food. The mudbugs also pose a threat to local wildlife, and they could compete with other local animals for sources of food. But local authorities are looking for natural predators of the crawdish, such as foxes and raccoons, to weed them out of Berlin.