Mother Shares her Children’s Secret Plan to Get a Puppy

Young children are deceivingly smart. They can come up with clever and convincing ways just to get what they want. Such is the case with this little boy who really wanted to get a pet dog. He hatched up a cunning plan and even came up with a step-by-step method that he wrote down. But this clever little boy made one big mistake; he left the plan where his parents could find it. 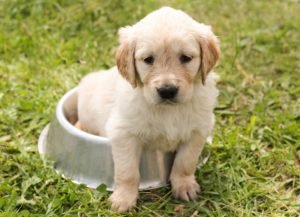 8-year old William and his 6-year old sister hatched a plan to get a puppy and listed a few things that they could do to convince their mother to buy one for them. Their mother, Emma Robinson, found the list on the kitchen table of their home and decided to share the wily and hilarious plan on social media. The list and the plan quickly went viral.

Their plan included: “do all chores, give compliments, drop in random facts, post cute pictures of dogs, and put on Christmas list and trade in sibling”. It also had “say that I’ll get more fit, put cute pictures around the house, and make a music video.” Scarlett added her own step at the bottom of the list which simply said, “ask please can we have a dog?”steps 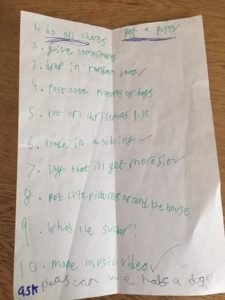 “They have been relentless in begging for a dog. My mum got a dog two years ago and it started then, but they have really picked up the pressure in the last six months. I asked William’s permission to postcard the photo and he didn’t mind. Scarlett, on the other hand, was really cross that I’d seen it because it was supposed to be a secret plan.” said Robinson.