A mother from Beaverton, Oregon spends over 10 hours a day pumping her breast milk into pints. In fact, Elizabeth Anderson-Sierra has pumped more than 5,000 pints of breast milk and donated it to hospitals and nurseries. These pints are to be used to help feed premature babies so they can grow stronger and healthier. Breast milk is still best for babies, especially at younger ages and newborns. 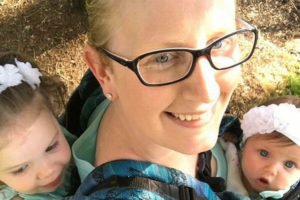 The 29-year mother has to spend that much amount of time to pump out breast milk because she produces over 1.75 gallons of milk each day. Anderson-Sierra has hyperlactation syndrome. This means that she produces more milk than is required by her children. In fact, Anderson-Sierra produces 10 times more milk than the average mother. Even though she donates pints and pints of milk each day, she actually still has enough milk to feed her 6-month old daughter. 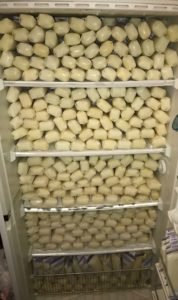 “In total I will spend around five hours a day just pumping and then with storing, labelling, sterilizing etcetera, I easily spent eight to ten hours,” said Elizabeth, “Pumping is not fun – it is uncomfortable and it hurts – but it is my labor of love.” The milk that is produced goes to a milk bank for micro preemies. This recreates and reproduces the milk so just an ounce of pure breast milk can be made and reproduced for at least three or four babies. This means that the milk that Elizabeth has donated so far can be used to feed thousands of babies.