"With everything that has been happening these past weeks we thought everyone needs some mood lifting happy moments so we compiled some of the heartwarming reunions that have happened since the blast," Animals Lebanon, an organization working to reunite lost pets with their owners, wrote on Instagram. The deadly mushroom cloud blast last month killed 190 people and injured thousands. With the destruction of property came the unintentional abandonment of pets, and Animals Lebanon has been on the case since July.

Time to share HAPPY moments With everything that has been happening these past weeks we thought everyone needs some mood lifting happy moments so we compiled some of the heartwarming reunions that have happened since the blast. Our team has been on the ground after the Beirut Blast to help located lost pets and rescue injured ones. Our efforts reunited more than 100 guardians with their pets. These guardians had lost so much, many were injured and they were so grateful and happy to see their pets again . To see all the animals rescued from the blast and get updates - animalslebanon.org/beirutexplosion ❤️Our hearts will always be with the people, those who got affected, those who lost people, those who were injured and those who lost their homes❤️ #beirutexplosion #lebanon #searchandrescue #ALsearchandrescue #animalsearchandrescue #animalrescue #happyreunions #animalwelfare #animalslebanon

Animals Lebanon posted a video compilation of all the reunions they'd been a part of, and it received 34,000 views in just two days. Tearful owners with their arms outstretched for their lost dogs to run into garnered thousands of sympathetic comments. The welfare organization received over 500 requests for help in finding their lost pets, and over 300 people volunteered to take on the job. 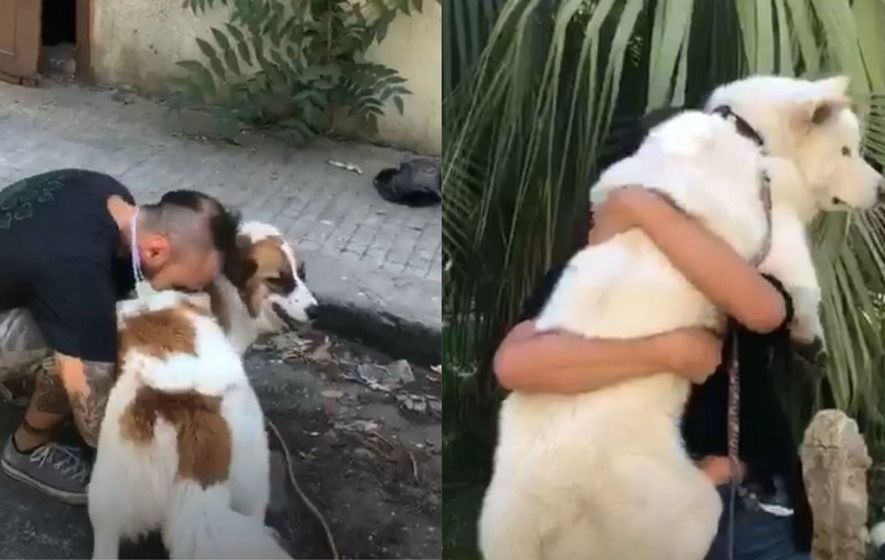 "Our team is still rescuing animals that are directly and indirectly affected by the blast as well as caring for the many animals rescued as a result of it," Animals Lebanon wrote on Instagram. "A team of international vets, as well as local vets, have been checking, treating, and spaying/neutering animals."