Despite the heavily emotional day during Kobe Bryant's memorial, Chicago Bulls legend Michael Jordan was able to lighten the mood a little with a reference to his iconic "Crying Jordan" meme during his speech.

The memorial, which took place at The Staples Center on February 24th, proved to be an incredibly difficult day for the basketball icon as he remembered his friend.

"Now he's got me. I'm gonna have to look at another crying meme," Jordan said. "I told my wife that I wasn't going to do this because I didn't want to see that for the next three or more years. That is what Kobe Bryant does to me."

"I’m gonna have to look at another crying meme… that is what Kobe Bryant does to me.” - Michael Jordan pic.twitter.com/RHTV9ijLkt

The "Crying Jordan" meme is often reserved for athletes who make embarrassing mistakes during a game. The photo was taken during Jordan's 2009 speech at his Pro Basketball Hall of Fame induction ceremony/ If you receive a "Crying Jordan" meme as feedback on your athletic performance, it's safe to say you made a mistake. However, Jordan took the opportunity to joke about it rather than turn down the chance to commemorate his friend, Bryant. 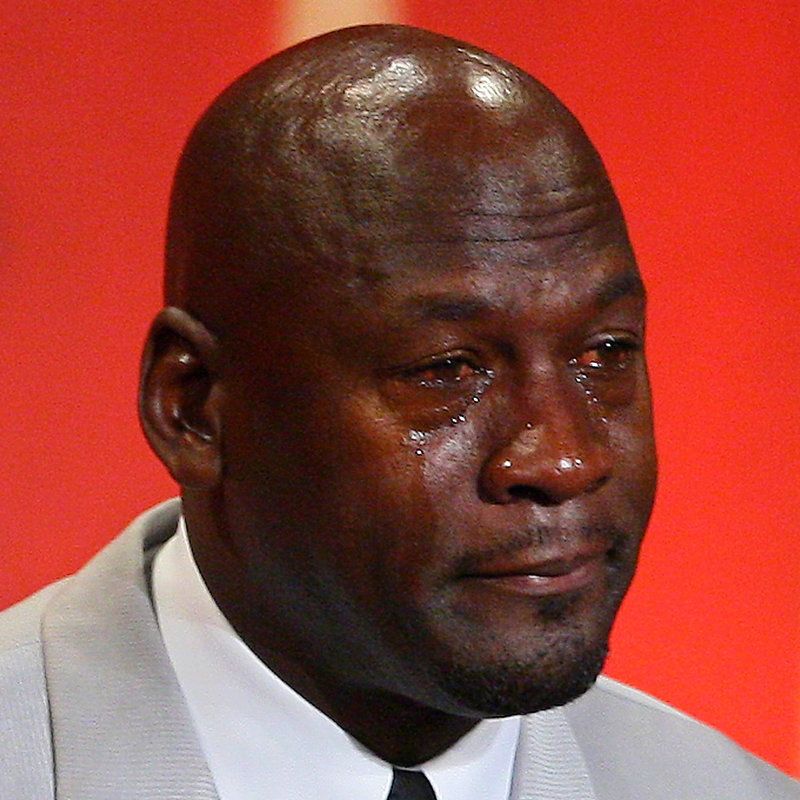