Message in a Bottle Returns Home after 50 years

Clint Buffington was enjoying his vacation in the Caribbean beaches when he spotted what looked like an old Coke bottle lying in the beach. He decided to pick it up and found what looked to be a message that said “Look Inside” on a light penciled handwriting. Sure enough he broke open the bottle but the message could hardly be read on the waterlogged paper but he could read what looked liked the words ‘Return‘ and ‘Beachcomber‘.

“Return to 419 Ocean Blvd. and receive a reward of $150 from Tina, owner of the Beachcomber”

Eventually he was able to decipher the message which had read “Return to 419 Ocean Blvd. and receive a reward of $150 from Tina, owner of the Beachcomber”. The message was written by the father of Paula Pierce as a joke more than 50 years ago, when they owned the Beachcomber Hotel in Hampton Beach, New Hampton. After deciphering the message, Buffington decided to follow the instructions on the note. 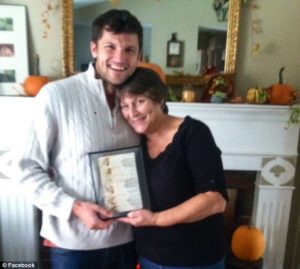 Buffington, who is a musician and a music teacher, traveled all the way from Utah to visit the Beachcomber Hotel. Sadly, the family has since sold the establishment, and both the parents of Paula Pierce had passed on years ago. But that didn’t stop her from keeping her father’s word and paying Buffington the $150 dollars that was promised in the note. Pierce said that reading the note with her father’s writing took her back to her childhood years when they still owned the beach front hotel. Buffington initially refused the payment, but Pierce insisted, saying it was worth it having gained a new friend.