In the famous literary piece The Jungle Book, we meet the character Mowgli and read about his life being raised by wolves and other animals of the forest. Â And while this is mostly fiction, there is actually a real-life counterpart to Mowgli in a little girl named Tippi Degre.

Tippi was dubbed as the “real life Mowgli” because she was partly raised by all sorts of animals in Africa. She has been the subject of a book and several documentaries because of her unique childhood and unbelievable story of being raised by animals. 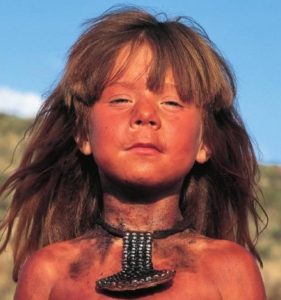 Tippi Degre was the child of a French couple Alain Degre and Sylvie Robert. She was born in June 1990 in Namibia, Africa. Tippi was named after the famous actress Tippi Hedren. When she was born, her parents decided that they would not bring her up in a normal environment. She would be raised among the animals of the Wild Safari in Africa. Aside from the two of her parents, Tippi would also be brought up by elephants, meerkats, leopards, and other wild animals.