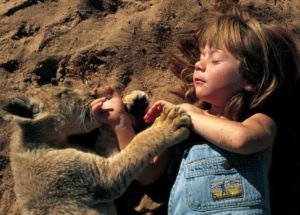 While Tippi’s parents allowed her to play around with most of the animals she came into contact with, they were still cautious and careful, especially with large predators and wild animals. One example of this would be with Mufasa the lion. Tippi had befriended the lion when he was just a cub. In fact, they have many pictures together. Years later, when Mufasa had grown into a large lion, Tippi met up with her old friend. And while the big cat was friendly with her, he almost knocked her over with his tail. That’s when her parents decided to step in and keep their daughter away from the lion. They would never knowingly place Tippi in any danger. 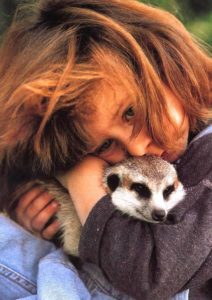 Her parents also viewed this as a great opportunity for Tippi to experience a unique childhood. Her mother Sylvia said “For me it was incredible to think you offer all of this to a child, because I was at ease, because I liked it and because we had lived with the Meerkats in the Kalahari desert for six years before Tippi was born, I believed it was fantastic to have that to offer to a child compared to what I would be able to offer to a child living in a city for example.”