A man in Valdosta, Georgia named Chad Harrison was at his home watching a lot of negative news about the people of Florida and how residents that were fleeing Â were stuck on the main highway out of the state. These people were trying to evacuate before the hurricane Irma hit the coast. Â Harrison decided that he wanted to do something to help these people. So he decided to ask a few of his coworkers at an auto body shop to help him with his project. 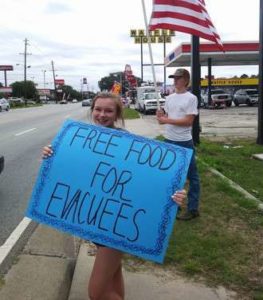 But Harrison’s small group got the word out and soon, donations from people all over the area started pouring in. Harrison and a few other volunteers got together by the highway and prepared free food for the evacuees that passed by the area. Harrison grilled food for the people that were hungry. They had signs that read “Free Food for Evacuees”. They even helped a few motorists fill up with gas. The group was able to stay by the roadside all day. By the end of it, they had helped more than 2,000 people. 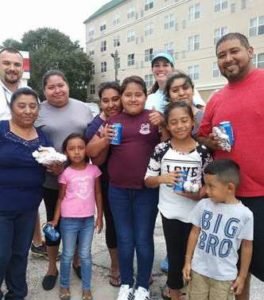 “It’s a huge storm. Being from the south, it’s something that we felt like we needed to do. We just take care of our neighbors,” Harrison said “It was beautiful. I cooked meals. I filled up gas. I filled in where it needed to be, everyone did. People had tears of joy.Â  It’s just hard to describe when you see a child who has nothing and all of a sudden, they have to get on the road and run from a category 5 hurricane. You can imagine the stress level of the parents. They were blessed.”