Man Gets Dying Wish to Be Buried with Favorite Sandwich

In Pennsylvania, a man got his last wish of being buried with his favorite food, a sandwich from Philly. Richard Lussi passed away last October because of heart complications. Before he died, he told his family that he wanted to be buried with his favorite sandwich, the Philadelphia cheeseteak. His last will and testament was told by his 25-year old grandson, Dominic Lussi. According to Dominic, his grandfather had always loved going to Pat’s King of Steaks in Philadelphia for their cheesesteaks. 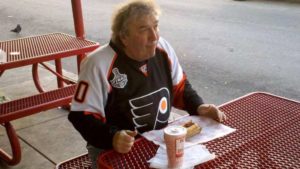 “He’s been going to ‘Pat’s’ with his friends since the 70s,” Dominic told InsideEdition.com. “A while back we were joking around and we said ‘if you could take anything when with you die what would it be?’ He said ‘cheesesteaks’ We all laughed and thought it was funny.”

Richard would often ask his family members to drive for more than two hours to get to Philadelphia from Plains Township just to get his favorite sandwiches. The night before Rrichard passed, Dominic’s dad went to Philly to get cheesesteaks to fulfill his dad’s last wish. Before Lussi was buried, his family placed two sandwiches in the casket with him. 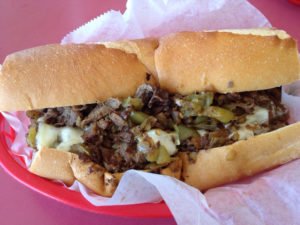 “At first I was shocked. ‘I was like are we really going to do this?’ Lussi said. “This is what he wanted so we are just respecting his wish. He’s probably up there right now enjoying his cheesesteaks and listening to ‘Time To Say Goodbye’ by Andrea Bocelli. He lived life to the fullest everyday was a party to him. He was always positive, always smiling.”