Recently, Gawan Mac Greigair bought an Ordnance Survey (national mapping agency in the United Kingdom) hiking map, and found a place of worship symbol in the â€œmiddle of bloody nowhere.â€ â€œItâ€™s 4cm to 1 mile, so itâ€™s the right scale to be able to include symbols for intriguing things in the landscape, including historic monuments, ancient earthworks, places of worship and so on,â€ said Gawan. Wondering what that particular one actually was, he decided to go and see it for himself.

â€œI happened to have a free afternoon on that day, and there was heavy fog blanketing the top of the North Downs all day,â€ he said. â€œI couldnâ€™t resist the chance of an otherworldly walk in mist.â€

â€œThe North Downs is a range of chalk hills in Kent (which give the White Cliffs of Dover their whiteness)â€“itâ€™s classed as â€˜Ancient Countrysideâ€™, and it is full of secretive nooks and crannies, and has a long history. I had seen this symbol on the map before and it had intrigued me because it seemed unusual that a place of worship would be located quite far from any village and that it would be right on the edge of a woodland.â€ 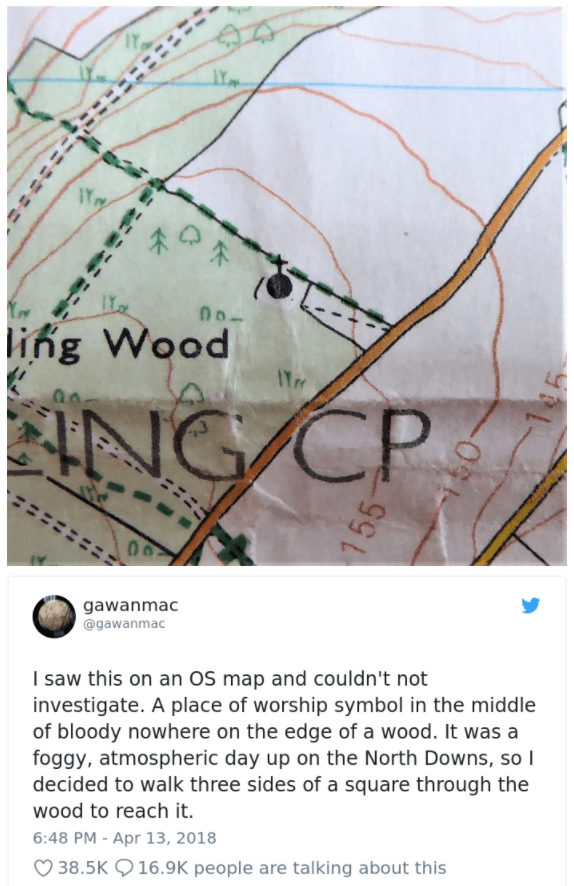 When Gawan Mac GreigairÂ purchased an old Ordnance Survey hiking map, he thought it would pique his interest and lead him to some hidden gems in his area. What he didn’t expect, however, was the discovery of a lifetime, that turned him into a true believer… 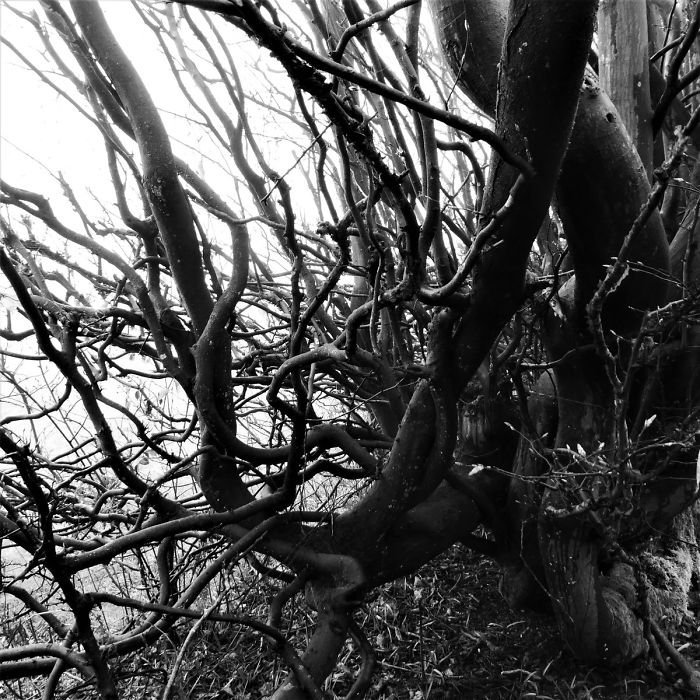 So he packed up a hiking sack and headed out on his way, determined to locate this religious relic on the map. “I’m always moved by old wood banks, knowing that they’ve acted as boundaries for centuries, and this wood was bounded by one, topped with spaghetti beeches and hornbeams.”