A giant statue of a hand has been lifted into place on top of Wellington’s City Gallery in New Zealand. 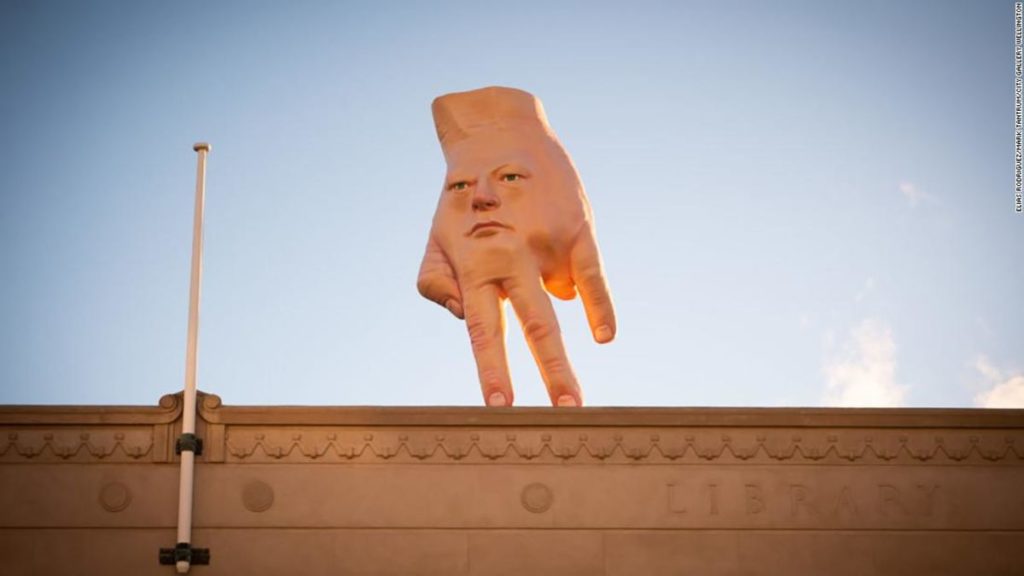 The hand, which has been described as a “Lovecraftian nightmare come to life,” was deposited via helicopter atop its new home overlooking the city’s civic center.

Ronnie van Hout’s “Quasi” installation was created in 2016 and originally mounted the Christchurch Art Gallery. The artwork is on loan to Wellington, where it will remain for the next 3 to 4 years.

The entire operation cost $74,000 in New Zealand dollars, including transportation, designing the hoist, and “Wellington-proofing” the hand against local elements. 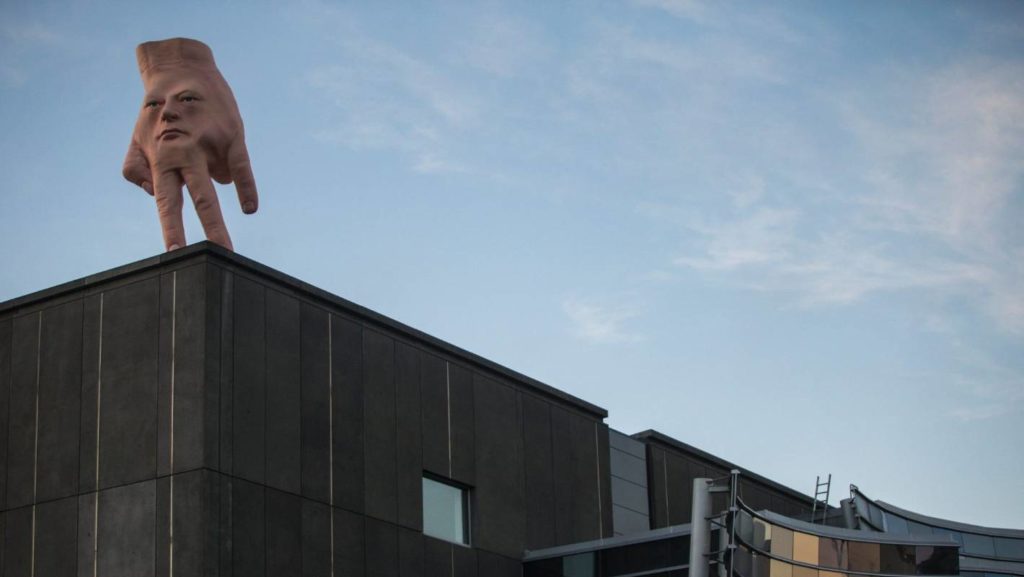 The statue weighs a whopping 880 pounds and stands at just over 16 feet tall. Wellington locals are having mixed reactions to the piece. One spectator revealed that the sculpture left her “deeply uncomfortable and perplexed.’