With Some Free Time Thanks to COVID-19, This Kid's Uncle Built Him a Backyard Rollercoaster

By Brianna M 3 months ago

Over in Llandyrnog, Wales, one man just won the "Uncle of the Decade" award. When 11-year-old Calden Ashley sketched out the design for a backyard rollercoaster, his uncle actually brought it to life.

Leigh Downing, along with his 20-year-old son, Charlie, turned his nephew Calden's "Big Dipper" dreams into reality when they got to work building the coaster from plastic piping and scrap metal and wood. 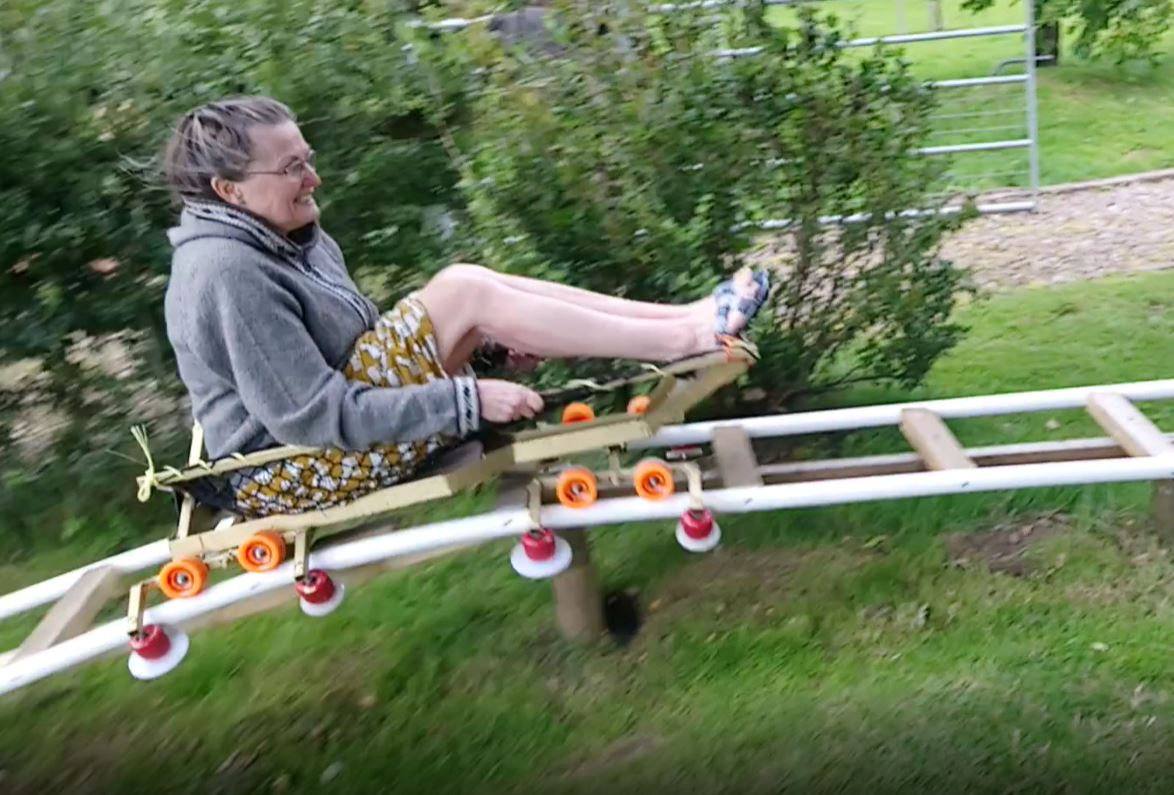 The seat of the coaster was constructed from an old cutting board and the final creation blew Calden's mind. He had been bummed out during summer vacation because he wasn't able to see any of his friends due to lockdown restrictions in the country.

Leigh, a former engineer, said that Calden has always been crazy about rollercoasters.

“Even before he was tall enough to ride, he was designing them on a computer. It all started a couple of years ago when I had an operation and was off work for a couple of months. I gave Calden a wooden marble rollercoaster kit I had when I was a child. He was so thrilled with it," Leigh said.

Leigh told Calden he had to design the ride and then he and Charlie would construct it.

Leigh said the build has brought Charlie, Calden, and himself together. He added: “I feel we did something absolutely amazing.”