Rookie Lifeguard's First Save: A Kangaroo

Rookie lifeguard, 17-year-old Lillian Bee-Young, had the most unusual first save ever. On the north coast of New South Wales, onlookers and lifeguards alike were shocked to see an eastern grey kangaroo jumping across rock pools and tumbling into the rough surf.

Lillian's workmate, Carissa, spotted the kangaroo, and the two young women were caught by surprise, not knowing what to do. 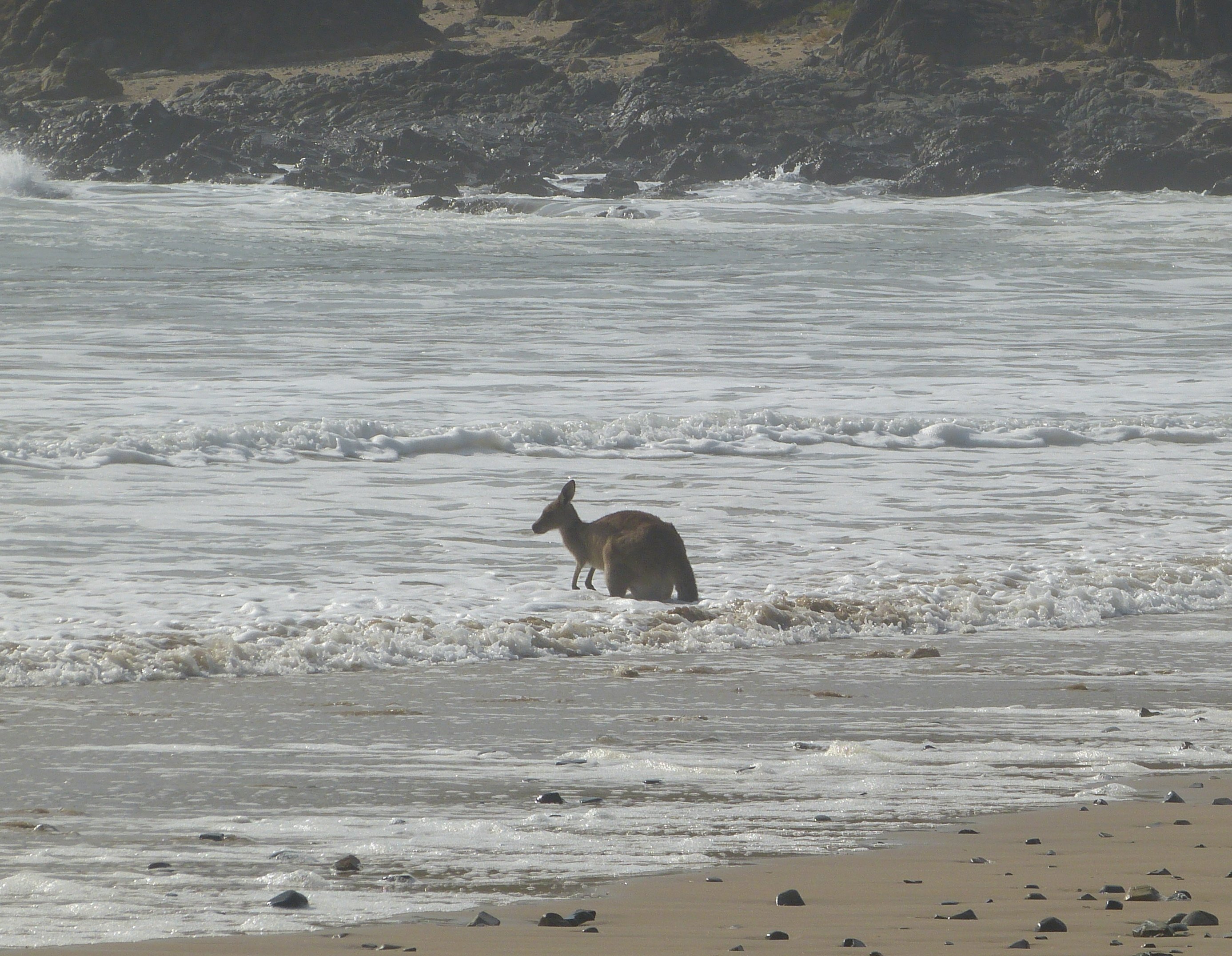 Conditions were rough that day, and Lillian believed the kangaroo was just doing its best to avoid some fishermen when it was wiped out by the surf.

She wasn't sure what she was going to do, but still, she paddled out with her rescue board. The kangaroo was doing its best to keep its head above water but was too scared to come close to the beach due to the growing crowd of spectators.

Carissa worked to clear space on the beach while Lillian monitored the situation from the water. After a few stumbles, the kangaroo make it to land and immediately hopped off into the brush.

"It was quite special. There were people cheering and clapping… and then [the kangaroo] was just sitting there up in the bushes, almost, I thought, as a thank you… It was really serene," Lillian said.