People for the Ethical Treatment of Animals, or PETA, attempted to make waves on Super Bowl Sunday with an animated advertisement that ruffled many feathers. This time around, the rejected ad featured several obvious allusions to Colin Kaepernick's peaceful protest against police brutality and injustice.

"Positively acknowledged by Kaepernick himself, this project pays homage to all movements that remind us to open our hearts and minds and reject all forms of injustice, including sexism, ableism, racism, ageism, homophobia, and speciesism," the organization wrote on their website.

This morning PETA, uh, dropped a Colin Kaepernick-inspired ad they wanted to air at the Super Bowl that they say the NFL blocked pic.twitter.com/WuIeSEEXiV

According to TMZ, the commercial was rejected by Fox after the NFL reportedly put pressure on the network to stop the ad from running. Fox has not commented on the advertisement since it was submitted for review in December.

The one-minute spot features several kneeling creatures, including a bald eagle, a bear, a fish, and a bee, kneeling to the tune of "The Star-Spangled Banner." 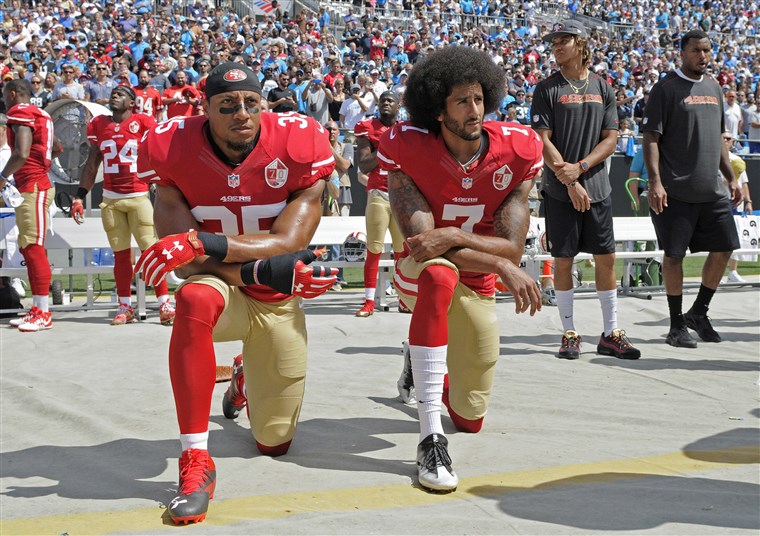 In the past, PETA has failed to air various commercials that were deemed too raunchy or controversial. After the ad was rejected, NFL spokesman Brian McCarthy issued a statement: "The Super Bowl game program is designed for fans to commemorate and celebrate the game, players, teams and the Super Bowl. It’s never been a place for advertising that could be considered by some as a political statement."

Despite this, Sunday's broadcast will feature ads from Donald Trump and Mike Bloomberg in their bid for the presidency.