Merriam-Webster Announces 2019 Word of the Year Is "They"

On Tuesday, Merriam-Webster announced that "they" has been selected of 2019's word of the year. The singular "they" is a gender-neutral pronoun used to refer to nonbinary people. 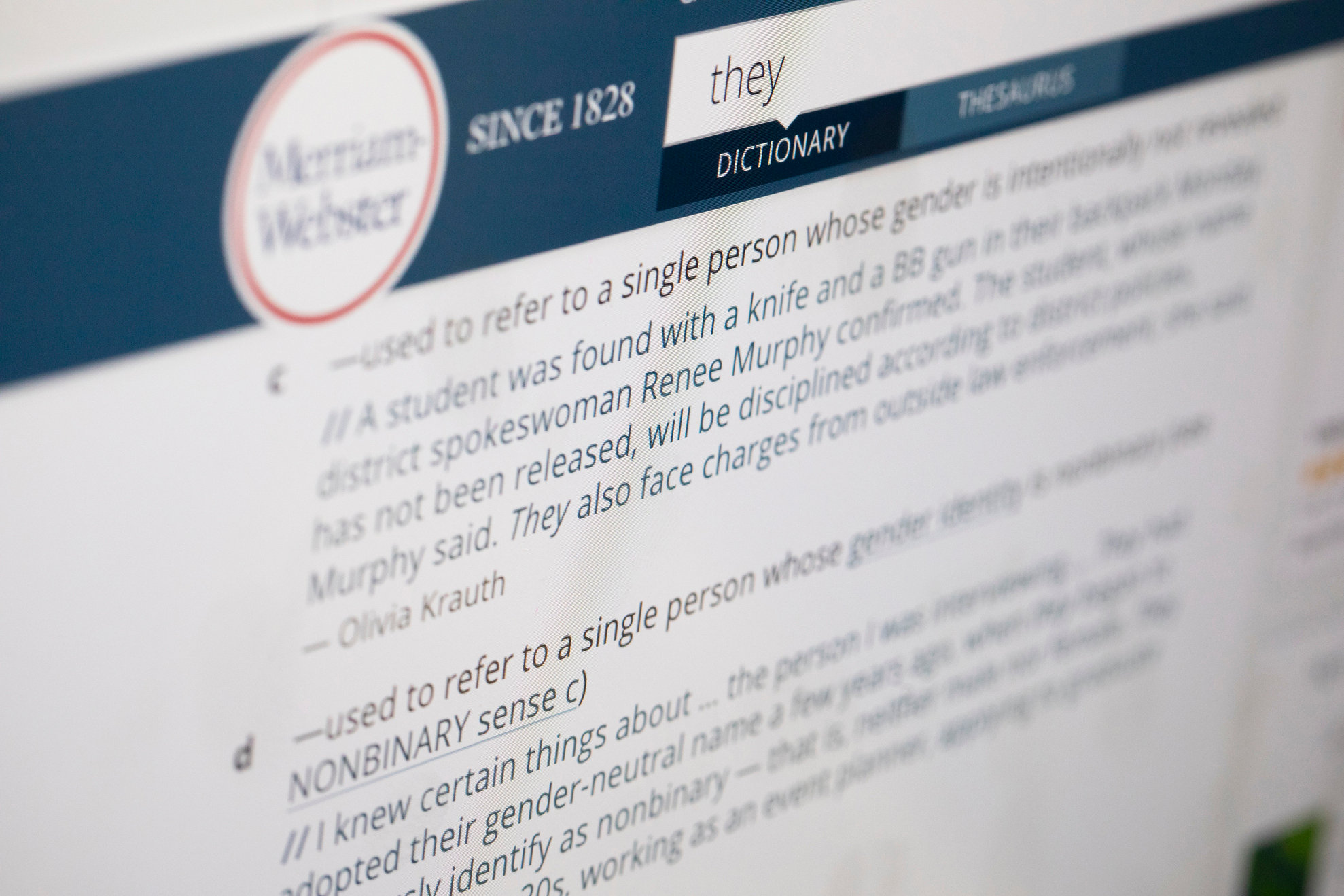 This past September, Grammy Award-winning singer-songwriter Sam Smith announced their decision to go by the gender-neutral pronouns "they/them." Merriam-Webster added "they" and "themself" to the dictionary around this time. 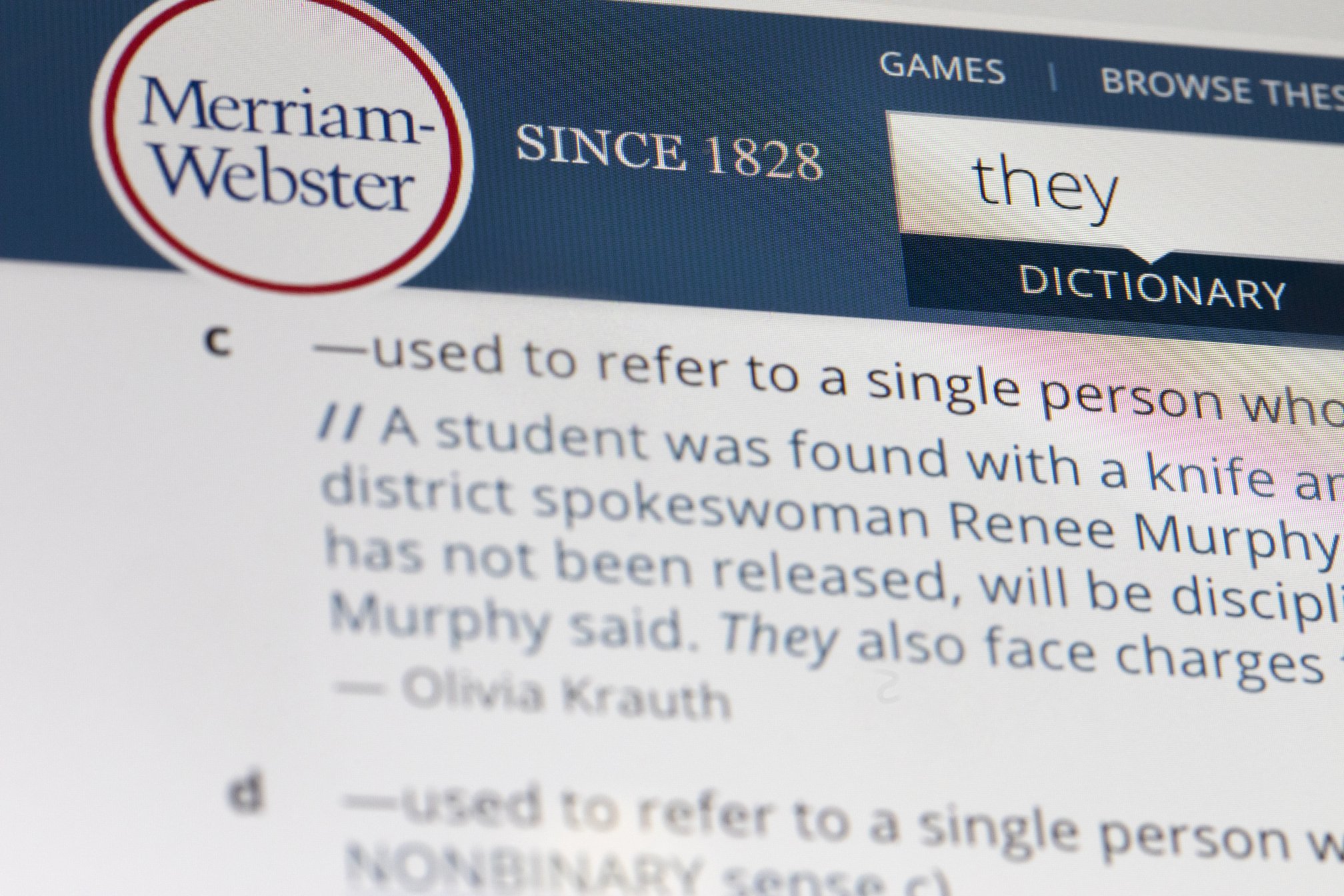 “A pronoun like ‘they’ is one of the building blocks of the language,” said Peter Sokolowski, an editor-at-large at Merriam-Webster. “But with the nonbinary usage, people are sensing that it means something new or different, and they are going to the dictionary. When you see lookups for it triple, you know that ‘they’ is a word that is in flux.”

Although the dictionary did not officially choose a runner-up word of the year, it was noted that searches for the phrase "quid pro quo" jumped 644% from last year. The Latin phrase translates literally to "something for something" and is defined by the dictionary as "something given or received for something else” and as “a deal arranging a quid pro quo." The phrase is brought up often during the impeachment hearing of Donald Trump.