Hundreds of Families are Biking to School in Barcelona

Five families in Barcelona began a bicycle caravan to get their children to school and now the group had grown to hundreds of people. The original group began riding to advocate for bike lanes and safer, quieter streets, and each week more and more families joined the group of riders. 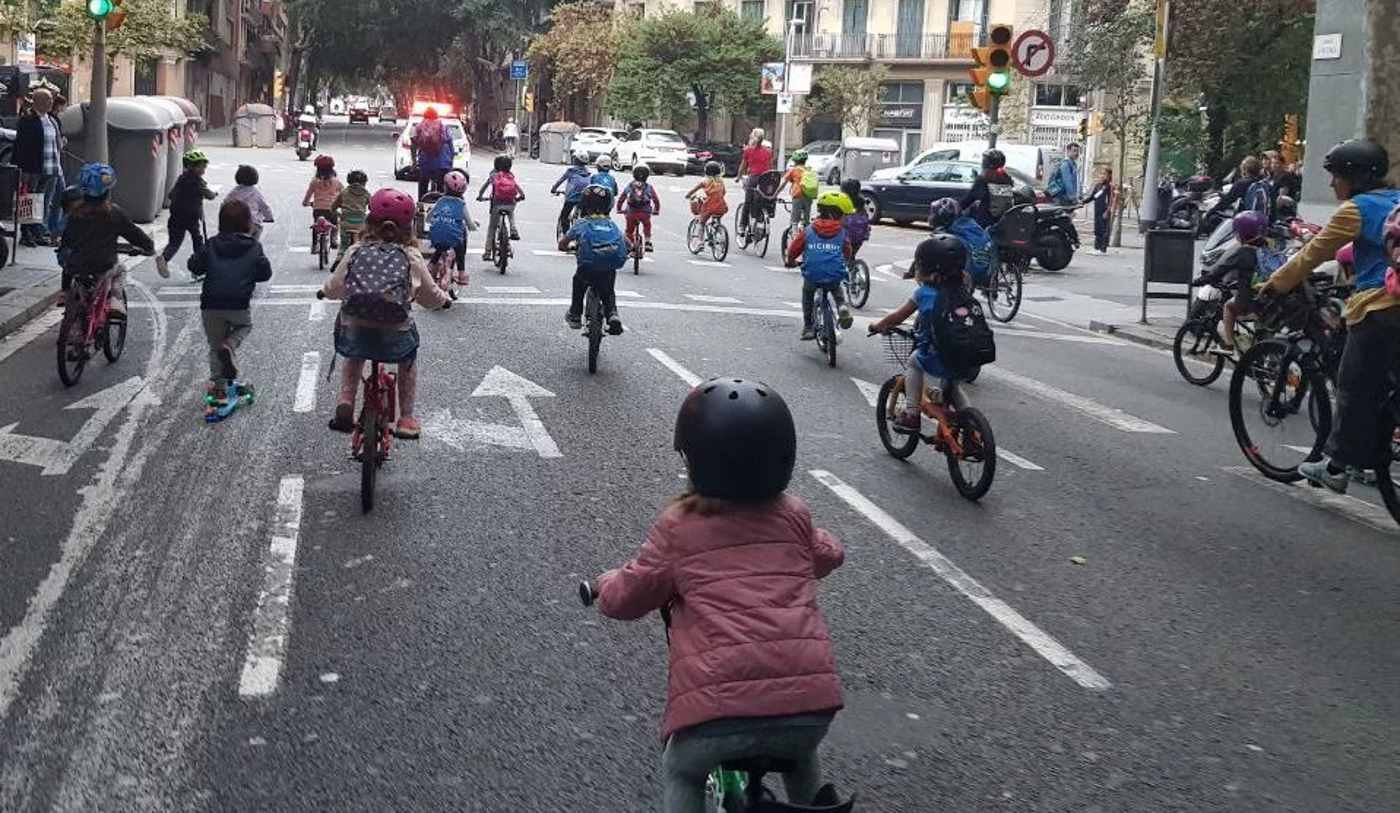 The "Bicibus" or Bike Bus, is more of a caravan, that students and their parents join on their bikes along the route to school. Three stops along the way allow families to join the other riders and people may join on any form of non-motorized transportation, be it scooters, bikes, or rollerblades.

The hope of the Bicibus is to get the attention of the city so that school-friendly bike lanes are added, away from the heavily-trafficked roads nearby.

Something special is happening in Barcelona. It started last month when some parents organized a bike ride to school for just five kids. Now entire neighborhoods are joining. They call it Bicibús – or Bike Bus. pic.twitter.com/qIxsQEervG

Every Friday the Bicibus can be spotted, with hundreds of bikers and bladers. The ride takes a total of 25 minutes, but as the group grew, it acquired its own police escort.

Parents are hoping that more of the population of Barcelona opts to use their bikes for their daily commutes, which will lead to a healthier, quieter, and better city to reside in.