"Hold onto the goodness," Zhao said of her groundbreaking Oscar win. The first woman to ever win the coveted Best Director Oscar went to Kathryn Bigelow in 2010 for The Hurt Locker, and the first Asian person to win was Ang Lee in 2006 for Brokeback Mountain. "I've been thinking a lot lately of how I keep going when things get hard, and I think it goes back to something I learned as a kid," Zhao said in her speech. "When I was growing up in China, my dad and I used to play this game. We would memorize classic Chinese poems and texts, and we would recite it together and try to finish each other's sentences." 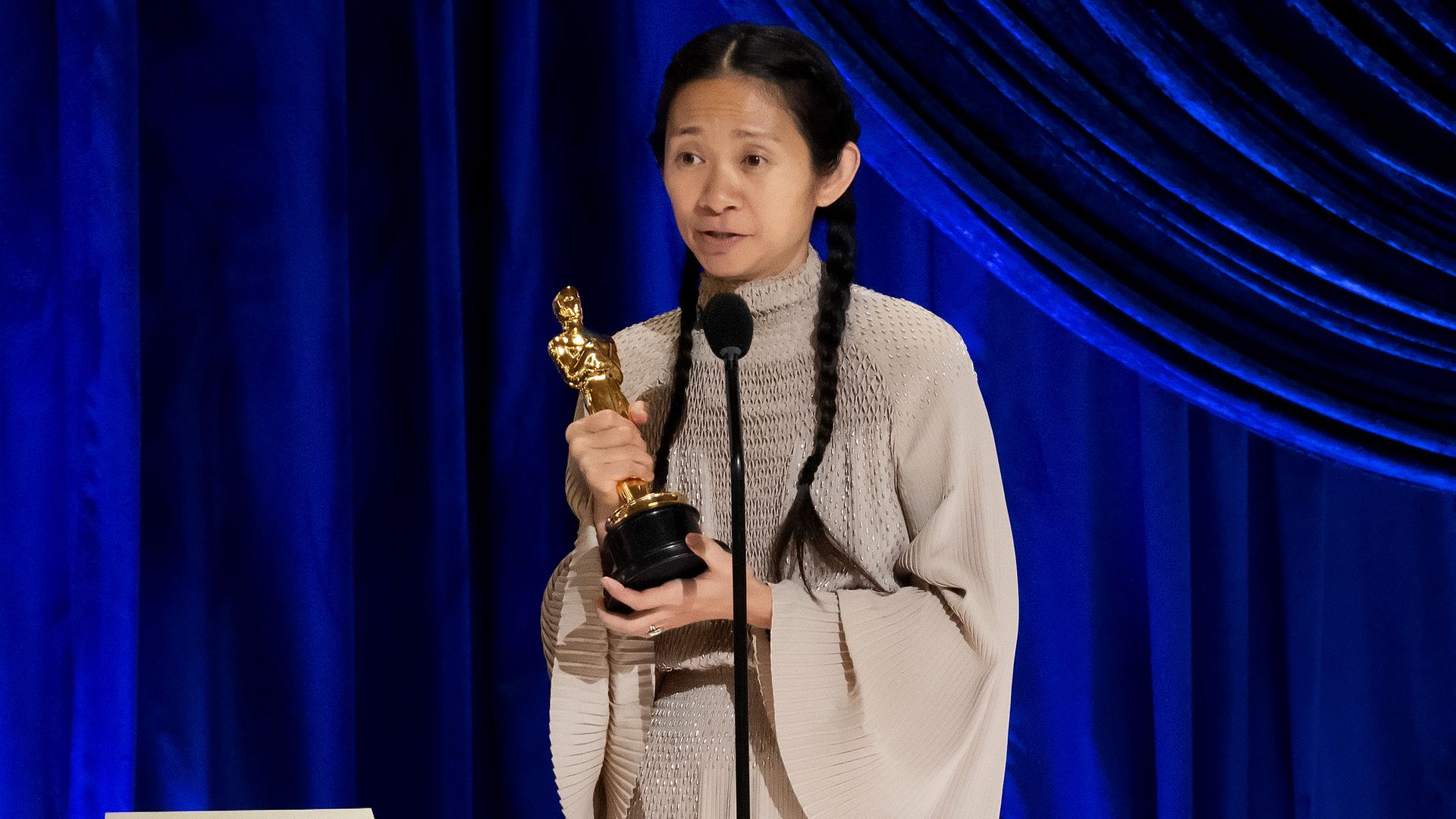 "There's one that I remember so dearly; it's called 'The Three Character Classics,' " she continued before speaking the first phrase in Chinese and then translating it to English: "People at birth are inherently good. Those six letters had such an impact on me as a kid, and I still truly believe them today, even though sometimes it might seem like the opposite is true. But I have always found goodness in the people I met everywhere I went in the world. So this is for anyone who has the faith and the courage to hold onto the goodness in themselves and to hold onto the goodness in each other, no matter how difficult it is to do this." 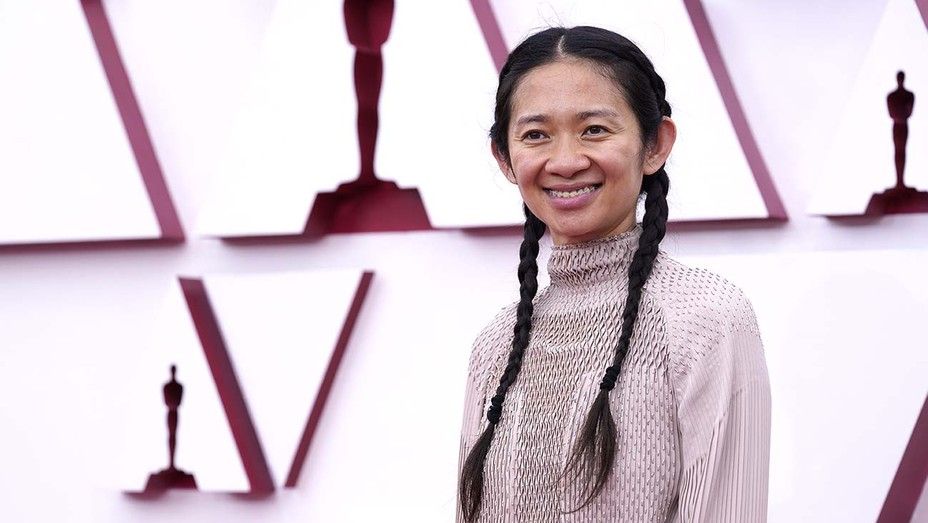