On Thursday, Kim Kardashian West went to Twitter to show her recent magazine cover with 7Hollywood magazine and the image shocked the Internet, a response that she seems to be no stranger to. 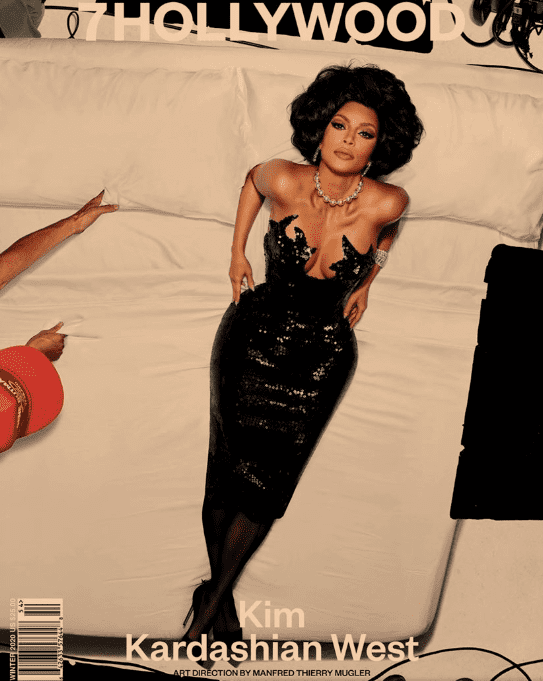 Twitter users were overall shocked and displeased with the look because, at first glance, this clearly does not look like the Kim K we all know. The consensus: it looks like a black woman.

She's shown with overly-bronzed skin, chiseled features, and an over the top wig. Some users thought the photo was of Diahann Carroll and not Kim at all.

Though she was trying to channel an "Old Hollywood" vibe, many accused Kim of wearing blackface as well as "blackfishing," which is "an act commonly perpetrated by white women to appear of African or Arab ancestry."

Wanna Thompson, a culture critic who helped coin the term 'blackfish', noted that this will continue to happen as long as they know "outrage sells."

The thing with Kim Kardashian and her family’s tireless history of cultural appropriation and Blackfishing is that she knows better. They know better. But they continue to do this because they know outrage sells. They’re able to keep their name relevant by doing things like THIS. https://t.co/rIE1fuYUXH