When a group of kayakers headed down the Ohio River in the summer of 2012, they never expected to discover fascinating piece of American history. As a group of friends headed down the river’s twists and turns, they had no idea what their outdoor adventure would uncover a find that tied them to Thomas Edison and Madonna. Discoveries like this were only made by professionals, that is, until this day…

Another Day on the River 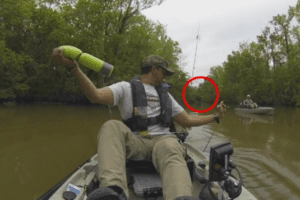 The photos you are about to see were captured by kayaker, James Malott, who was out on the river with a group of friends one summer day, when they made a fascinating 110-year-old discovery. In speaking to the press afterwards, Malott explained that they were just a normal group of guys enjoying a day on the river, when they came across “something incredible.”

Just Around the Bend 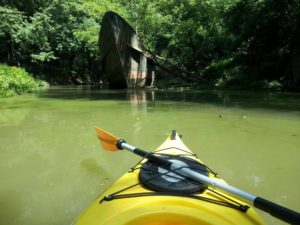