When Nikki Bailey and Rob Walkowiak decided to tie the knot, they weren't planning on introducing a Super Bowl theme—but after finding out the Kansas City Chiefs made it to Super Bowl LIV, they had to think fast.

The newlyweds decided to don the jerseys of their favorite Chiefs players during their first dance. "We'll have to keep an eye on the clock to be watching the time of the game," Bailey said. "When it hits that 10-minute mark in the second quarter, maybe we’ll go upstairs and we’ll change, and we’ll be the halftime show." 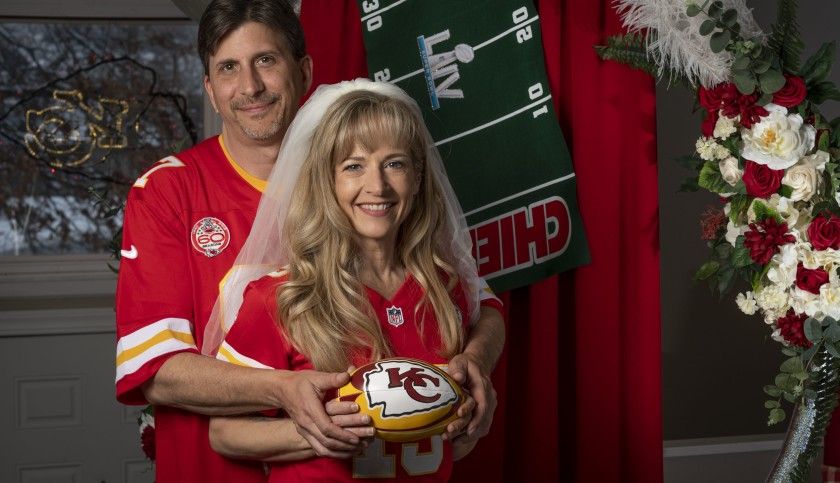 This was both Bailey and Walkowiak's second wedding, so the pair weren't afraid to get a little whimsical with it. Even so, choosing America's biggest sports holiday for their wedding was a total accident. And, on top of that, how could they have known that their beloved Chiefs would be playing for the first time in 50 years? 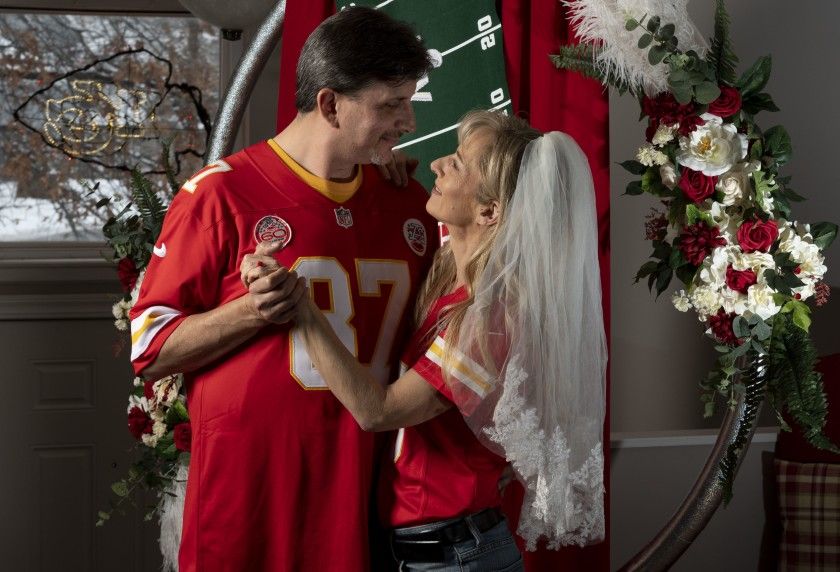 Their vows took place prior to kickoff. Then, the couple watched the game with family and friends on a number of pull-down screens. The reception hall was adorned with Chiefs pillows, football centerpieces, M&Ms and Jell-O shots in Chiefs colors, and a goalpost that Bailey made out of pool noodles.

"We're going to tell the grandkids about this for years to come, and it's the most incredible feeling," Nikki said. "I think we're more nervous about the game than we are getting married. We've been waiting for this day for a long time."