Jusuf NurkiÄ‡, center for the Portland Trail Blazers, suffered compound fractures to the tibia and fibula of his lower left leg on Monday night during a double-overtime match against the Brooklyn Nets. He will be out of the season indefinitely. 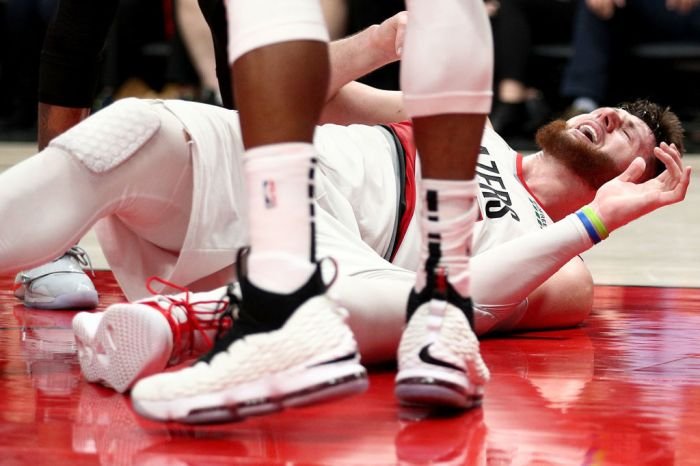 NurkiÄ‡ was jumping for a rebound and landed beneath a writhing pile of bodies beneath the basket. Once he hit the floor, the Nets players noticed the extent of his leg injury and scattered off the court. The arena grew silent as NurkiÄ‡, who stands 7 feet tall, was loaded onto a stretcher with the assistance of his fellow teammates. 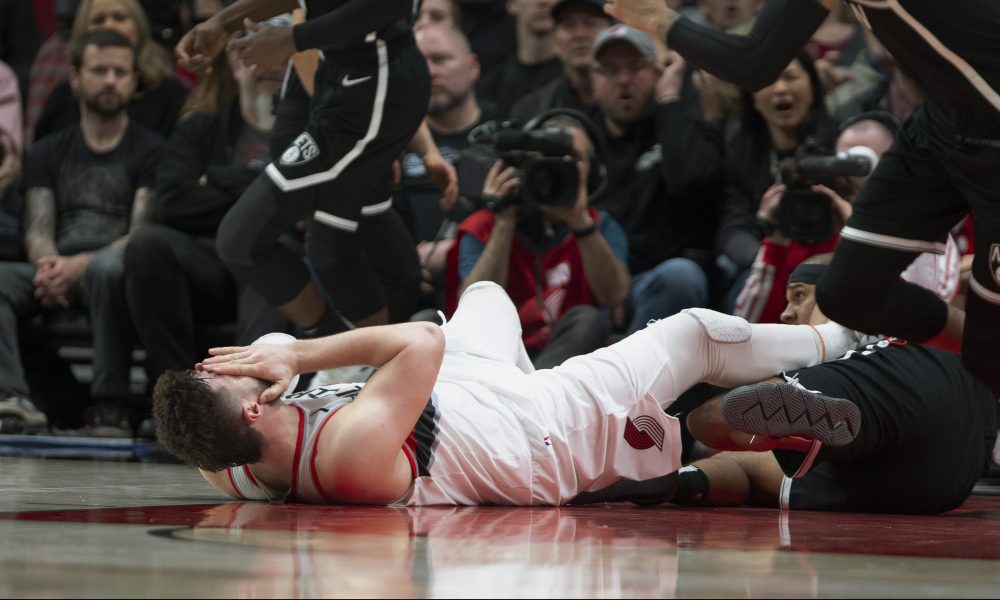 “It made me sick to my stomach,” said Damian Lillard, Blazers point guard. “I think he tried to tip it in, he crashed the glass and I saw him hit the ground and roll over real quick, and I thought maybe he got hit in the face or something again. As I was walking over there, I saw everybody else turn around real quick and walk away, and then I looked at saw his legâ€”and you just hate to see that happen to him.”