Yesterday, Chrissy Teigen posted a sweet picture with her dog, Petey, and it garnered some attention from one particular viewer: her husband. The photo shows Teigen posing in her underwear with the dog licking at her face, and John Legend's comment seems to top all other fan comments. The five short words, "Don't mind if I do!" were left under her photo and the Internet did its thing. 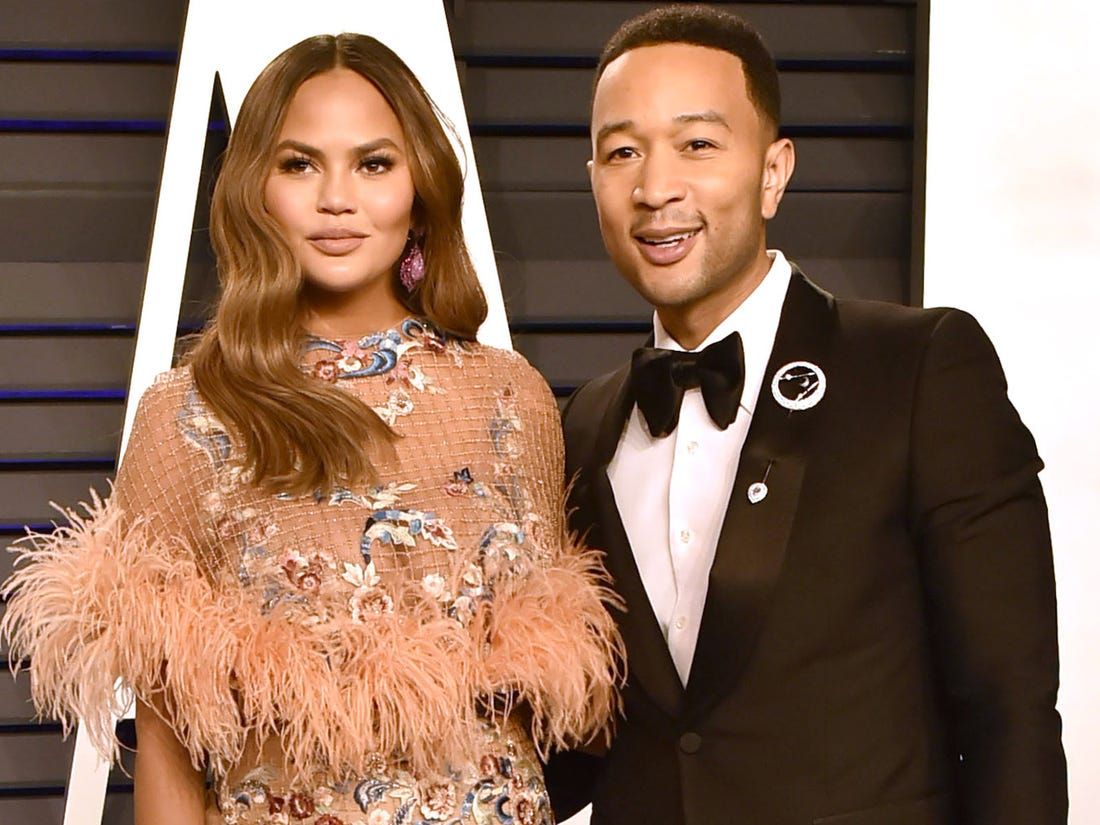 The dog in the photo is one that Ellen DeGeneres encouraged Teigen and Legend to adopt. DeGeneres has several rescue pets in her home, and after several conversations about "adopt, don't shop," the couple was smitten with a sweet little Poodle mix. The dog joined their brood along with daughter Luna and son Miles.

However, the photo in question, as shown above, features a caption from Chrissy that reads "Fuck it," and John's reply is pretty apt. "Don't mind if I do" sent the Internet into a frenzy, because what other couple would so blatantly put their PDA on display like that? This one, of course. Chrissy isn't shy when it comes to showing her husband some love, and neither is he. Chrissy apparently didn't expect him to leave such an NSFW comment, because she replied "Hooooooly shit dude!!!!!!" We love love on the Internet.