In the latest example of Japanese implementing overtime, the baby Panda named Xiang Xiang will reportedly be working a nine-to-five schedule as the Ueno Zoo in Tokyo has extended viewing hours of the panda bear. The new panda cub has been very popular in the zoo and the public has been asking for more hours to see and view the cuddly Xiang Xiang. 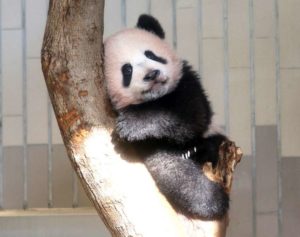 Xiang Xiang is the first baby panda of Ueno Zoo since 1988. The cub has been on display for around six hours a day, but that will be extended at the end of January to a full 7-hour day from February on. This change was made to cater to the thousands of fans of the young panda. To be fair, the panda cub won’t actually be doing any work. The cub will just be on display as it eats some bamboo shoots and nuzzles next to her mother. 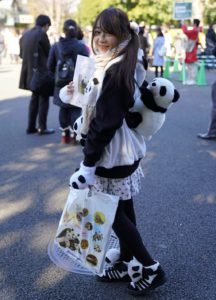 Xiao Xiao has been so popular that over a million fans entered a lottery on who would get to see the panda cub first. Close to 10,000 panda fans dressed in panda costumes and paraphernalia lined up to see the cub. Â The zoo initially set the limit to just 400 visitors per day during a short three hour window. But now the panda will be available for viewing on a first-come, first-served basis for at last seven hours a day. To avoid congestion, each visitor will only get two minutes to watch the cub and her mother. There are no limits to see Ri Ri, Xiang Xiang’s father, in the enclosure right next to the cub.