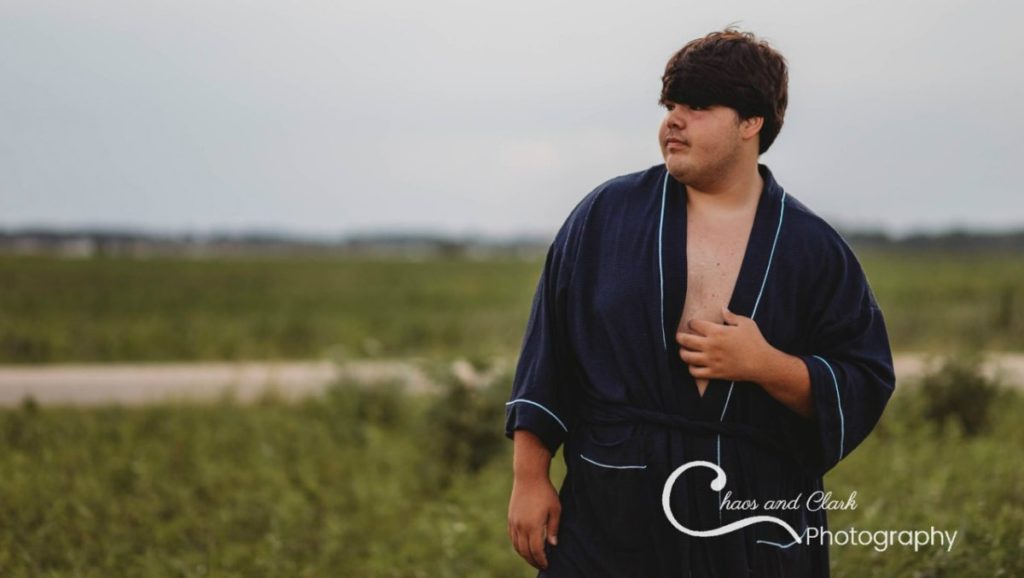 In preparation for his senior year at Portage High School, Evan Dennison scheduled a photoshoot with his cousin Tiffany Clark of Chaos and Clark Photography in Terre Haute. He told his family he wanted to participate in the shoot wearing a bathrobe.

At first, nobody believed him, including his mother and grandmother. Then, on the day of the shoot, Dennsion came downstairs wearing a bathrobe. 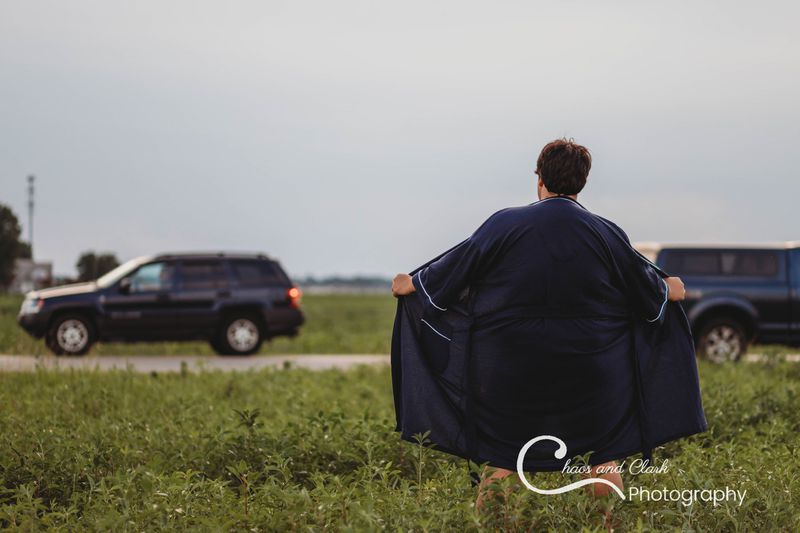 Clark reportedly asked him to change multiple times and his mother made him bring a spare set of clothes to the shoot, but Dennison had made up his mind. At the end of the day, the photos came out…well, you can see for yourself.

Clark wasn’t even going to post them online, but a Facebook photography group of which she is a part urged her to share them. Since uploading the pictures, the photo album has over 100,000 shares on Facebook.