This toddler had the best time ever during his first snowball fight.

TikToker @bautjess shared a video of her tiny nephew having the time of his life getting pelted by snowballs.  It was their first true snowfall of the year, so they were outside enjoying their time together.

His aunt noticed that the snow was good enough to have a tiny snowball fight with him. She picked up a small clump of snow and tossed it at her nephew, yelling, "Snowball fight!" The giggles commenced.

Obviously, the "snowballs" were not actually harming him through his large and thick snowsuit. He was amused nonetheless! 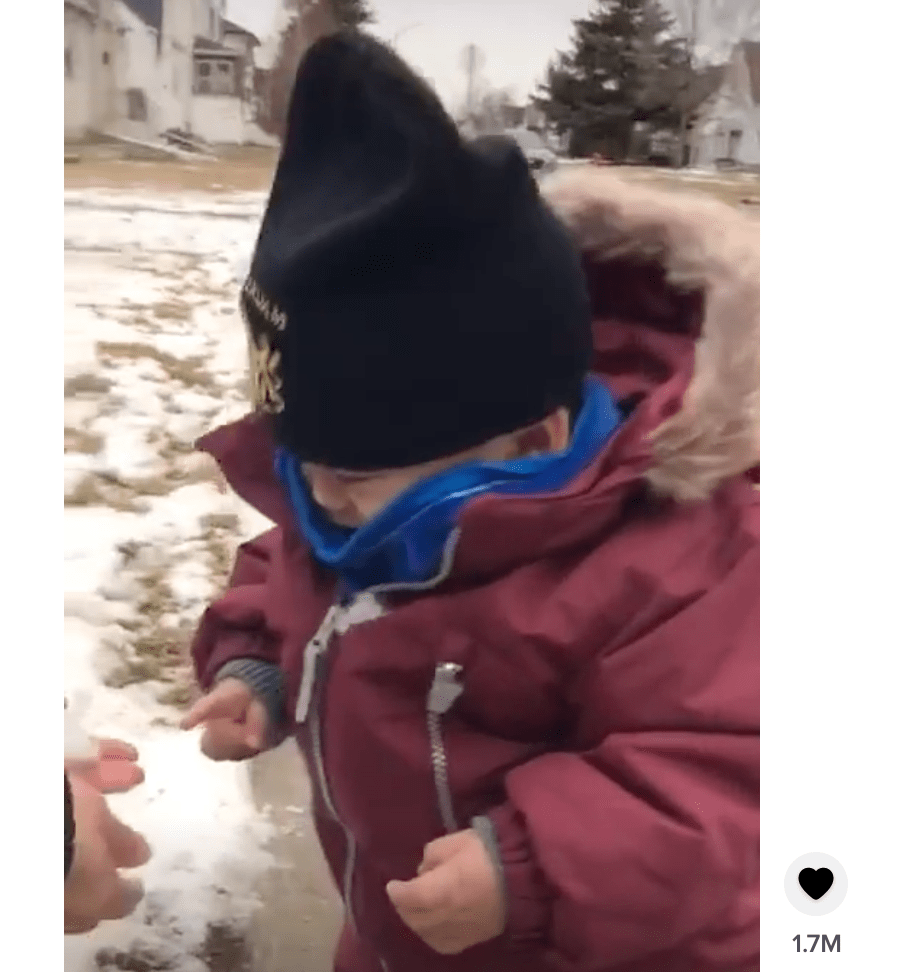 “His laugh just made my day,” a user commented.

“Oh my gosh. I’m about to tell my parents I want a husband so I can get one of these,” another joked.

“I had a messed up day, and this made me feel so much better, someone wrote.