This Bizarre Scene From Cats Is Traumatizing People Across the Nation

The Cats movie is stirring up quite a controversy among viewers—mostly because they can't decide what, exactly, they just witnessed.

Everyone loves it and simultaneously hates it. The one thing they all can agree on is that they didn't know what to expect. However, one scene, in particular, has traumatized audiences beyond words. 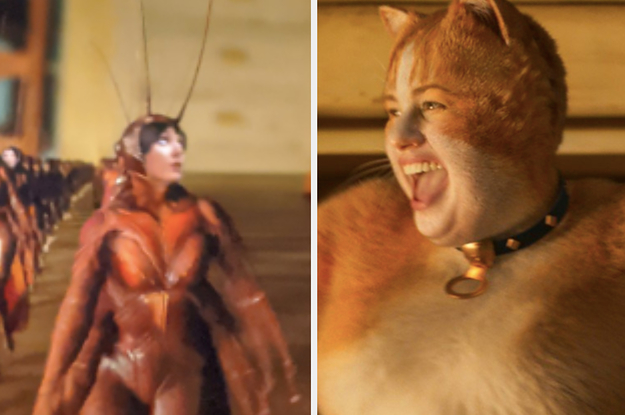 I WAS NOT PREPARED FOR REBEL WILSON BITING THE HEADS OFF SENTIENT TAP DANCING COCKROACHES WITH HUMAN FACES.

In the aforementioned scene, Rebel Wilson rips off her own skin and bites the heads off humanoid cockroaches. Yes, you read that correctly. Cockroaches with human faces. Also, they dance. 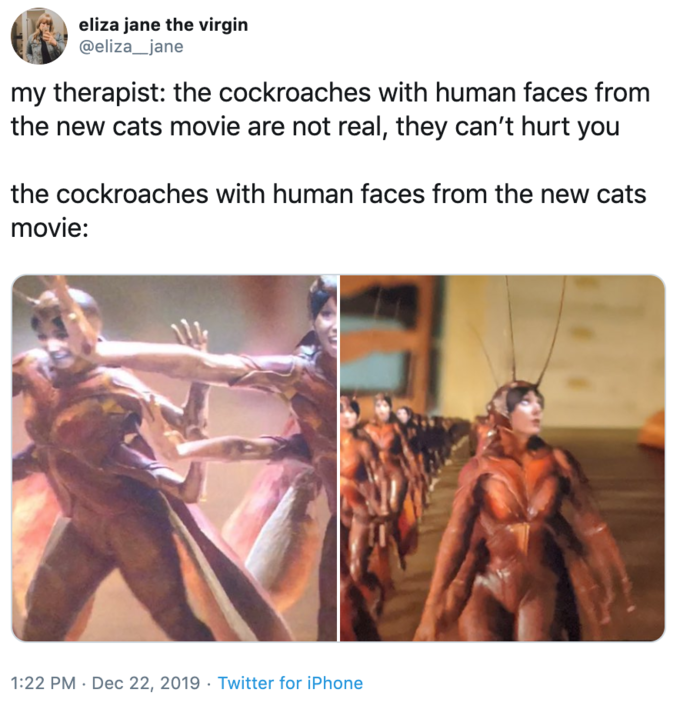 It's equal parts confusing and terrifying. Nobody asked to see feline-ified Rebel Wilson unzipping her skin to reveal a second skin beneath before going to town on anthropomorphic cockroaches with human faces, but alas, it happened anyway.

It's confirmed: Cats is what you see when your third eye opens. With great power comes great responsibility.