Just one day after Emily Charlotte started speaking to a boy named Joe, he asked her on a date. She turned him down. Joe, as it turns out, was seriously displeased by this shocking turn of events, and absolutely let the Manchester University college student have it.

Emily captioned the screenshot, "This is what i get for saying i’m not interested in a boy after speaking to them for one day.... when I tell you I laughed." 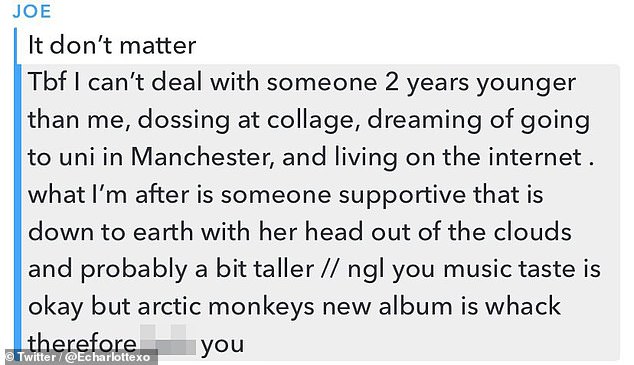 Joe threw some scathing (sort of) insults at Charlotte. He doesn't want to date somebody two years younger him, slacking off at "collage" (whatever that means), and "living on the Internet." Joe, undeterred, continued to tell Charlotte that he wants someone who is both supportive and down-to-earth. How dare Charlotte have her head in the clouds!

He added that he'd like to date someone a bit taller and, in a stunning finale, said her music taste is "okay," except for the Arctic Monkeys. 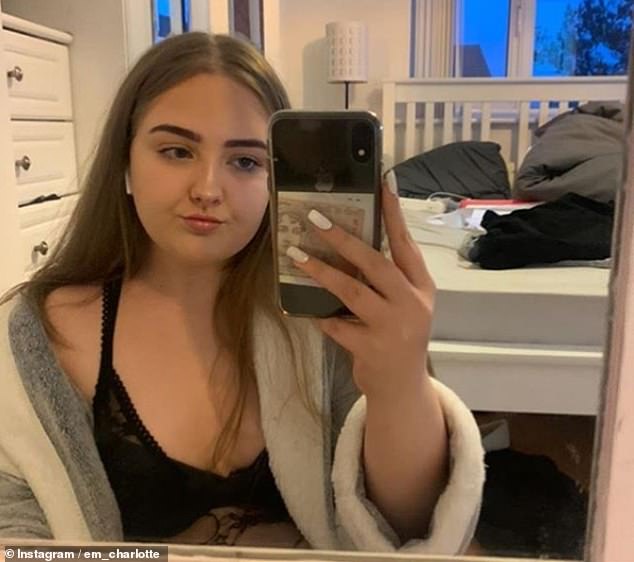 In the comments, Charlotte joked with her friends that she's "not even short," standing at 5'6". One comment on Twitter said, "The 'probably a bit taller'. Does he want you to GROW?"

Many Twitter users flooded the thread with comments about how she was fortunate to escape this early on. They noted that Joe had several problems of his own. "Imagine not being able to spell college," one said.