Last week, the CDC announced that all fully vaccinated people don't need to wear masks at most indoor and outdoor locations anymore, regardless of event size. However, there's still a huge amount of confusion surrounding this new mandate, because if you've noticed, people are still wearing masks wherever they go. So, do we need them or not? Well, that's the issue. No one is really sure even though the CDC says it's okay. No one wants to be the first one to unmask, even though we're all dying to. SNL had a lot to say about this new calamity. The cold open, featuring Kate McKinnon as Dr. Fauci, discussed the issue in a hilarious way. 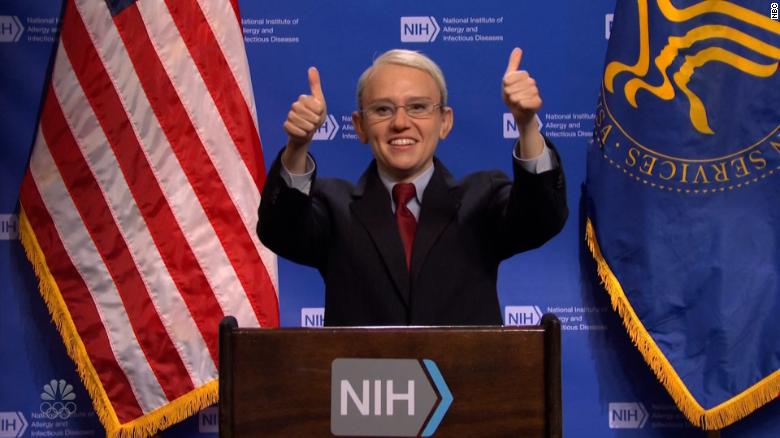 The Weekend Update segment with Colin Jost and Michael Che also talked about the mandate. They showed an infographic that explained where you still have to wear a mask, which included "airports, buses, plains, trains, subways, hospitals, schools, Target, Starbucks, and New York." To this, Jost said "The CDC announced that fully vaccinated people no longer have to wear masks... except if you go most places." He also poked fun at President Biden's choice of words during the announcement. "Take off your mask and smile," Biden said, and Jost said, "take it off and smile is usually the first example in any workplace harassment seminar." 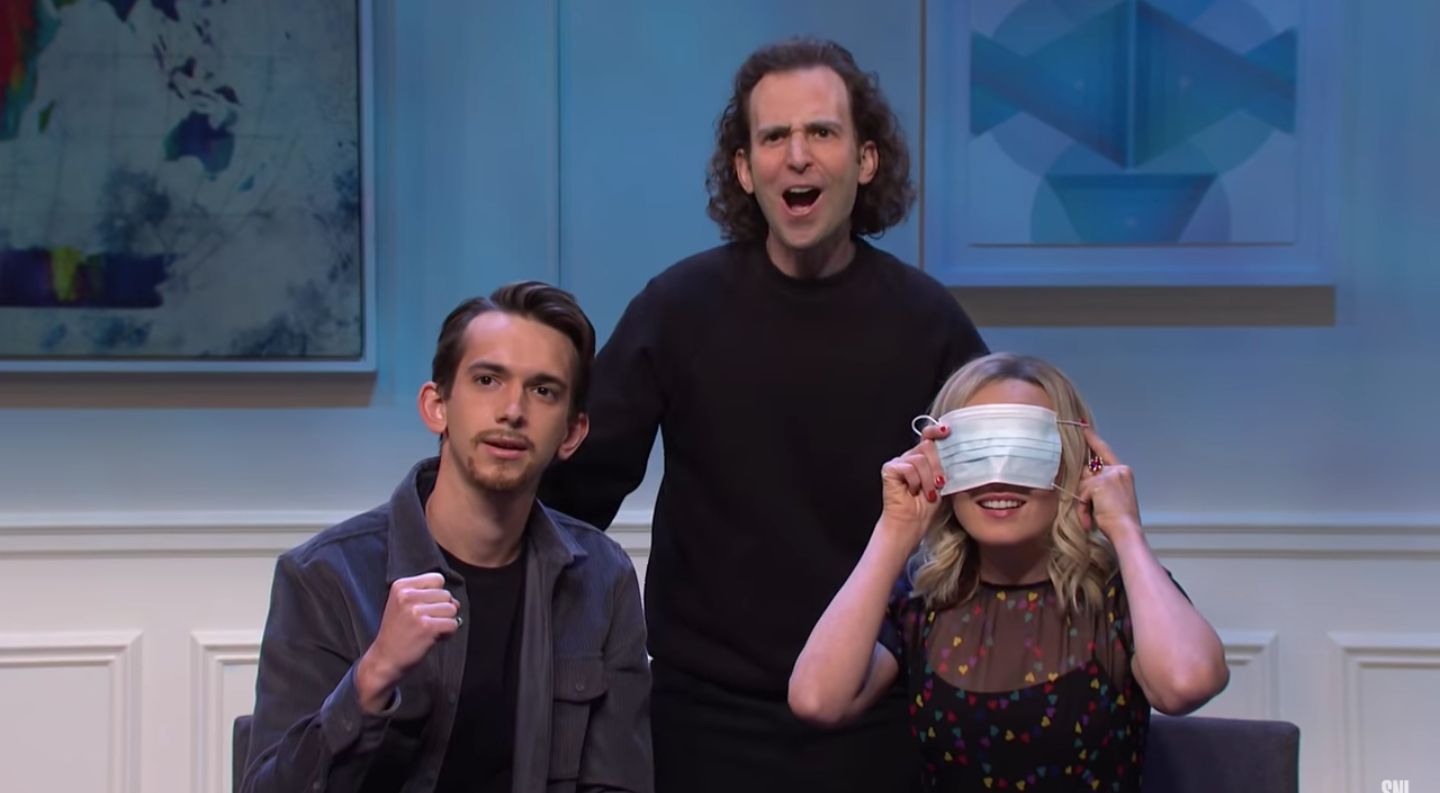 They also talked about some recent findings with the COVID-19 virus and offered Fauci some advice. Apparently, men who catch COVID suffer from erectile dysfunction. Michael Che said, "That's how you sell masks." The hosts also shared that IBM announced they had created the world's smallest microchip, which garnered the response of "Not now!" as a photo of anti-vax conspiracists popped up on the screen.