When Eve Dubois enthusiastically answered a question on Family Feud Canada, the last thing she was expecting was to receive $10,000 of free food. Dubois, when asked to name Popeye's favorite food, excitedly answered the query: "Chicken!"

The error was made at the worst possible time—during a sudden death round. Her family looked on, flabbergasted, as Dubois realized her grievous mistake. Her opponent answered "spinach," which was the favorite cuisine of the cartoon character that the question was referencing.

"I thought you meant Popeyes Chicken," Dubois said to host Gerry Dee before she returned to her family's podium. 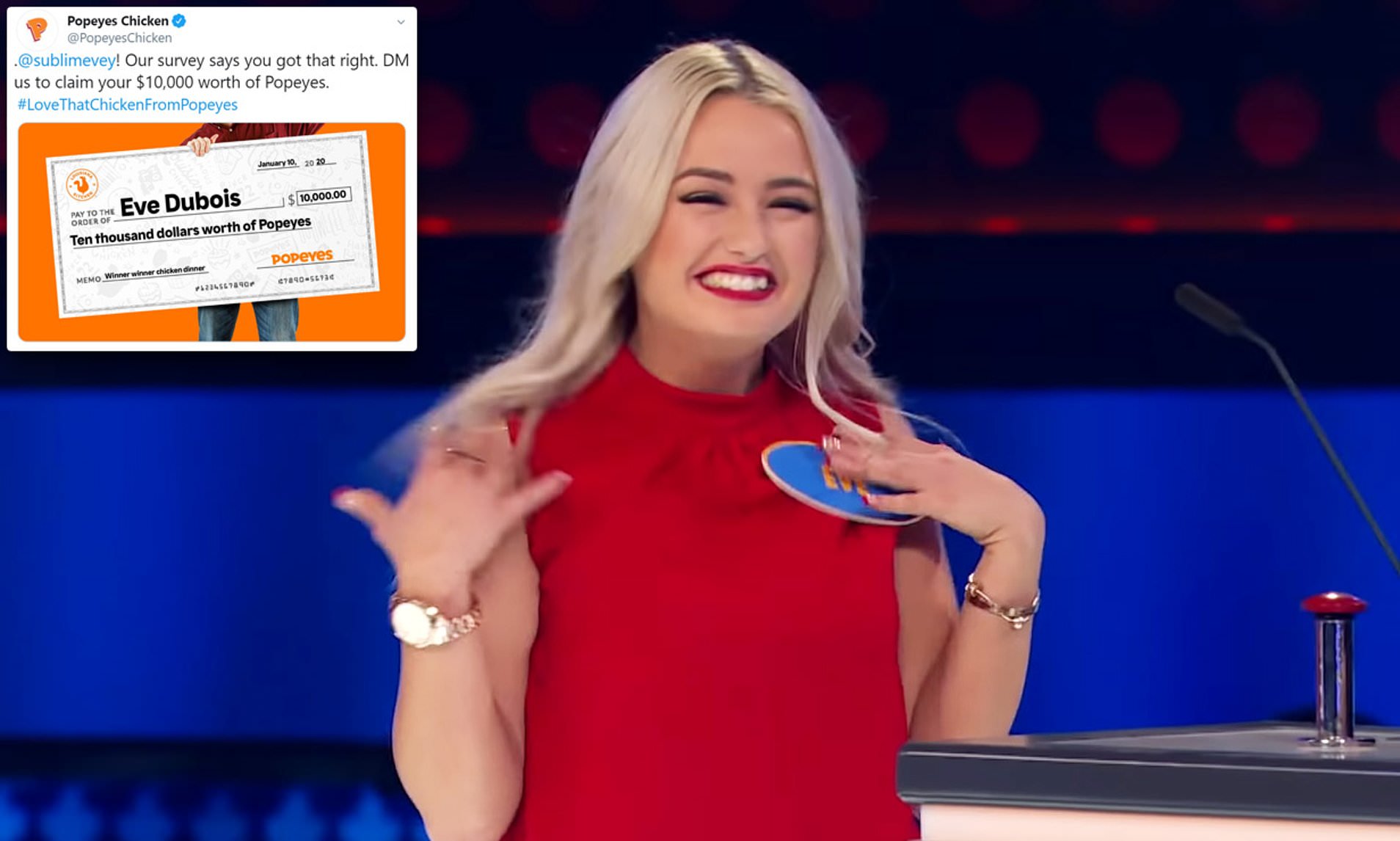 Dubois' mistake managed to cost her family $10,000 in prize money, and the incident has been viewed more than one million times on Twitter.

However, this past Friday, Dubois heard that she was going to receive a consolation prize from none other than Popeyes Louisiana Kitchen.

"Our survey says that you got that right," Popeyes wrote. "DM us to claim your $10,000 worth of Popeyes." Dubois, overjoyed, thanked the company alongside the hashtag #CHICKEEEN.