The owner of a car used his bed "dad voice" to deter a black bear from breaking into his vehicle—and he was stunned to find that it actually worked.

The hilarious footage above was filmed in Gatlinburg, Tennessee, depicting the huge black bear about to take a joyride.

The car owner films the bear standing on its hind legs like a human as it opens the car door with terrifying agility. He then raises his voice and sternly says, "Hey! No, don't do that!" 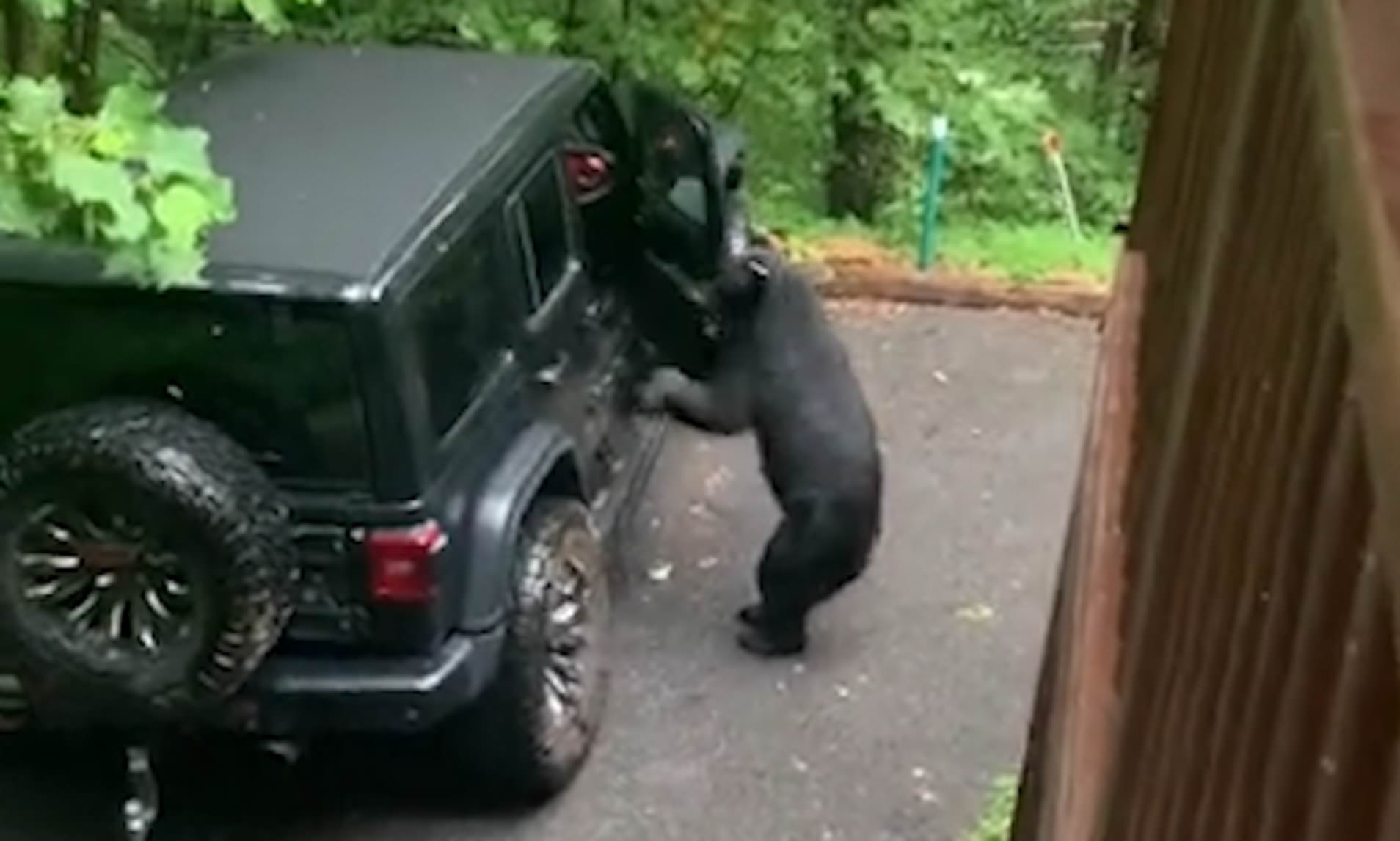 The bear, startled, looks around to find the source of the "dad voice," shutting the door in the process. A brief moment of relief is interrupted when the bear attempts to break into the car for a second time.

"Hey!" the man yells even more firmly. The bear, apparently not willing to get grounded for his bad behavior, returned to all fours and headed back into the woods.

"Come on, man, what's wrong with you?" the man jokes as the bear departs in the other direction.