Due to a large amount of mail-in ballots, the presidential election has taken longer than expected to reach a decision. Celebrities have taken to Twitter to express their frustration, optimism, and impatience regarding the entire ordeal, no matter which side they're on. John Legend and Chrissy Teigen are no exception. Always fun on the timeline, Teigen roasted Legend for his reaction when Georgia pulled ahead for Joe Biden.

He has been waiting to post this for 5 hours https://t.co/vIz2bNkkCW

Georgia is historically Republican, but Democratic supporters are overjoyed by the change, John Legend included. Legend performed at a rally in Pennsylvania the night before the election to show his support for Joe Biden, and when news broke that Georgia went blue, Legend shared a video of himself singing "Georgia On My Mind" to celebrate. Teigen quoted his tweet and shared it with the caption, "He has been waiting to post this for 5 hours." 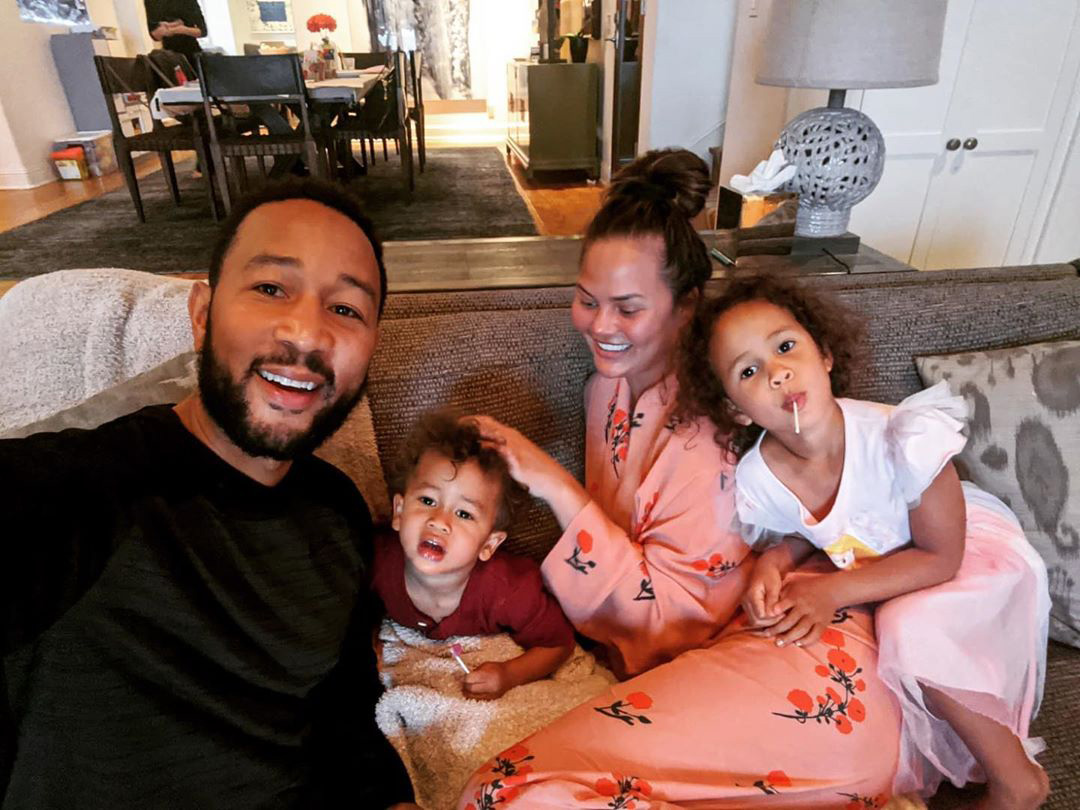 Seconds later, John replied to Chrissy with the perfect comeback. "It was on one take tho" he said. The couple has both been diligently watching the election coverage and tweeting their reactions to the tight race. Teigen often wrote things along the lines of "about to die" from lack of sleep and anxiety. She also tweeted photos of her daughter Luna standing next to the news coverage and pretending to be an anchor. "What a life that must be!"