Andy Cohen hosted New Year's Eve Live on CNN with Anderson Cooper. Like millions of others, Cohen enjoyed a few drinks to ring in the new year.

Unlike millions of others, Cohen was also live on television. That doesn't mean he shouldn't have a little fun, right? 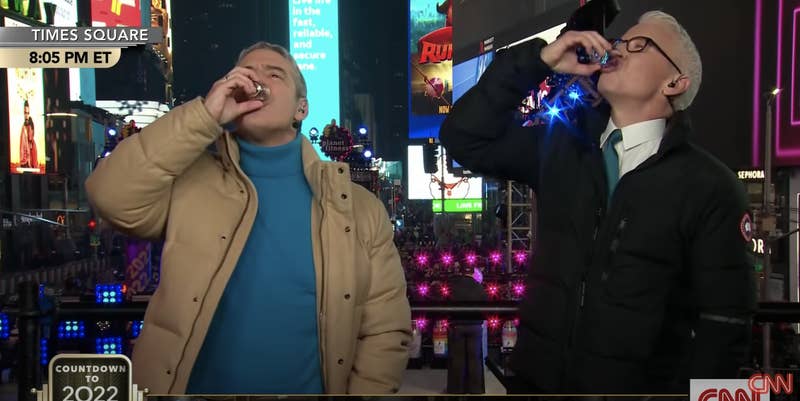 To be fair, both Cooper and Cohen were throwing back tequila shots like it was nothing. As the night progressed, so did Cohen's thoughts and feelings about numerous subjects.

Cohen dove into several on-air rants, going on and on about public figures ranging from Facebook founder Mark Zuckerberg to showbiz pals like Ryan Seacrest. His rant peaked when he turned his attention to former NYC mayor Bill de Blasio.

Cohen's NYE charade was a breath of fresh air for most people watching. After all, we all need to let loose and have some fun after yet another disastrous year. Let's hope to see Cohen back next year!