Earlier this week in New York City, the Gregory Hotel announced that it will be offering a room based on the hit TV Show “Stranger Things”. The hotel, which is located in midtown Manhattan, announced a package made for fans of the show so they can enjoy their stay at an exclusive Stranger Things-themed room. Not only is the room decorated with memorabilia and merchandize from the show, they can also binge-watch the show in the same style and theme. 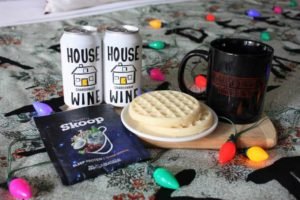 The show Stranger Things is set in a rural town in America during the 1980’s. Most of the themes of the show, including the fashion and the music are heavily based on the 80’s era. This same take is used in designing and decorating the room at the Gregory Hotel. Guests can also enjoy the actual show thanks to streaming service through in-room Google Chromecast, and they also come with a light-up wall tapestry, which was made famous by Joyce Byers, Winona Ryder’s character on the show. 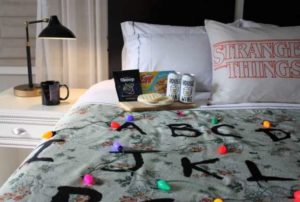 Also included in the room is a pillowcase emblazoned with the show’s signature logo. If guests get hungry or thirsty during their marathon binge-watching, they can avail of Eggos waffles, canned wine, and Heathy Skoop’s Sleep Protein. These items are all seen in at least one of the episodes in the show. Guests also get to bring home a mug that says “Friends Don’t Lie”, a common theme in this year’s season. The package is available at the Gregory hotel for $249/night and is only offered until August of 2018. Reservations at the hotel can be booked online.