There have been several advances in communication and technology. We can basically talk to anyone anywhere in the world in real time. But that doesnâ€™t mean there arenâ€™t any kinks. People are still susceptible to sending to the wrong person, making a typo mistake, and of course, the dreaded autocorrect.

The most prone to making these mistakes are usually parents from a previous generation who are sending ‘fail’ messages to their kids. Some of the wrong messages they send out range from utterly hilarious to downright awkward and inappropriate. Here are a few examples of these funny botched messages. 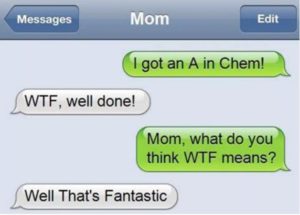 Here we have another mom who thought WTF meant something else. 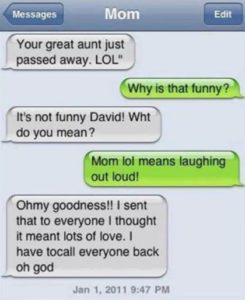 This mom thought that LOL meant something different than laughing out loud.