Singer Halsey is expecting their first child and has been candid about their pregnancy since they announced the news a few months ago. They also recently shared their preferred pronouns, "she" and "they" in an updated Instagram bio. Halsey hasn't shied away from sharing details about her journey with endometriosis. A couple years ago, they suffered a miscarriage right before a performance and revealed that they "beat themselves up" over the loss" and how they want "to be a mom more than I want to be a pop star, more than I want to be anything in the world."

Halsey recently shared a sweet photo of their bare baby bump next to a basketball with a caption that read, "These spot the difference games r getting harder every day 😃🏀." The comments rolled in, with actress Jordyn Jones writing, "aww" and singer Gracie Abrams saying, "Screaming." Another user replied, "🥲💗 this makes me so happy" while one fan wrote, "BALL IS LIFE ( and also the most gorgeous mama 😍💜✨ )". Boyfriend Alev Aydin wrote, "Heart so full, I love you, sweetness." 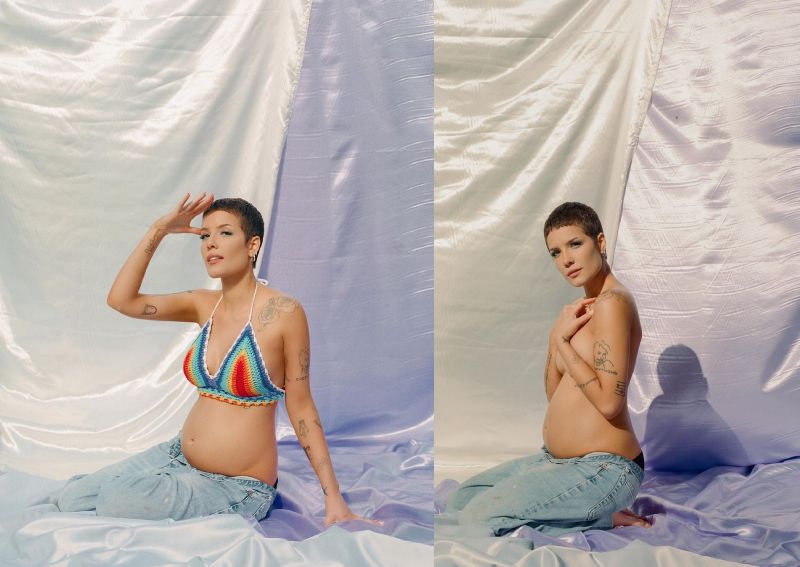 Halsey also underwent a surgery for endometriosis, and they shared a Polaroid photo of their scars on their Instagram with a caption that read, "the scars that got me this angel." Though the pregnancy came as a major shock to fans, Halsey clapped back at some critics that questioned whether or not the news was accidental. "My pregnancy was 100% planned, and I tried very hard for this bb, but I would be just as happy even if it were another way."