Diana Rowland (@dianarowland) put up her dragon inflatable display in lieu of Christmas. Not soon after, she received a very disgruntled note from a “judgy mc-judgyfaceÂ neighbor” who was offended by the dragons… 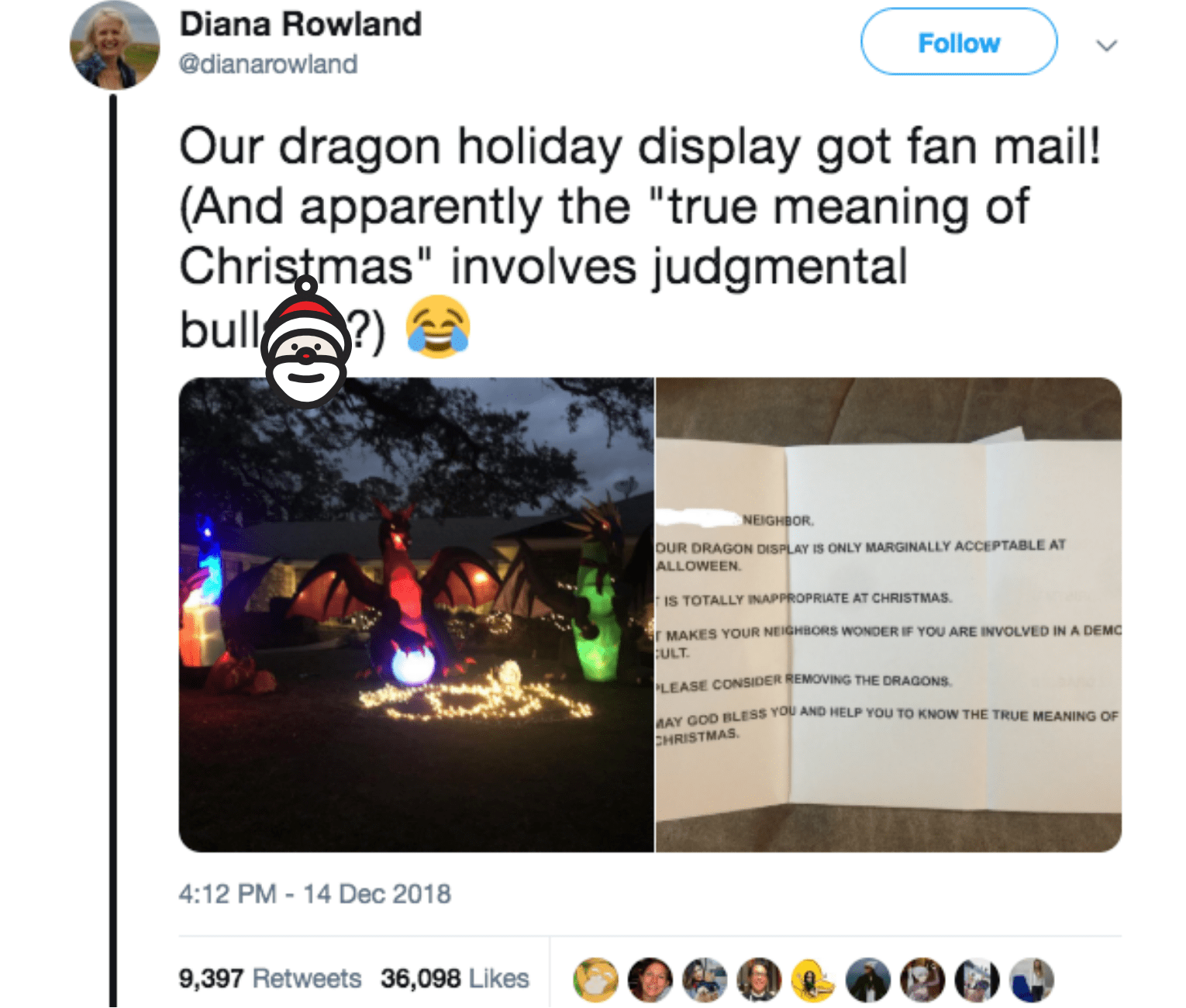 The note reads: “Your dragon display is only marginally acceptable at Halloween. It is totally inappropriate at Christmas. It makes your neighbors wonder if you are involved in a demonic cult. Please consider removing the dragons. May God bless you and help you to know the true meaning of Christmas.”

Obviously, this person is so bored with their own lives that they want to meddle in the lives of others. Apparently, dragons are demonic, which is news to a lot of people.

Diana is not taking this sitting down. She won’t let her crotchety neighbors bully her into submission!

I literally just ordered another one for pickup tomorrow.

That’s the only way to solve the problem, right? Diana basically just said, “I’ll raise your rude note with more dragons!” And that’s exactly what she did.

An update to yesterday's tweet re the letter I received from an anonymous, judgy-mcjudgyface neighbor who disapproved of my dragon display and asked me to consider removing them: I have added more dragons. pic.twitter.com/OxsFQs5yQ1

Honestly, they just look like a happy dragon family who is going caroling. The moral of the story is to chase your bliss, even if that means having a yard full of dragons!